After a successful campaign on the university’s own crowdfunding site, the uni of York’s AstroSoc sent a rubber duck to the edge of space on a weather balloon. As well a fun experiment in pushing bath toys to the limit, the stunt was designed to increase interest in astronomy during Science Week.

Christened AstroDuck, the GoPro-equipped quacker took off from the University’s Heslington East campus on Saturday after weather conditions proved favourable. 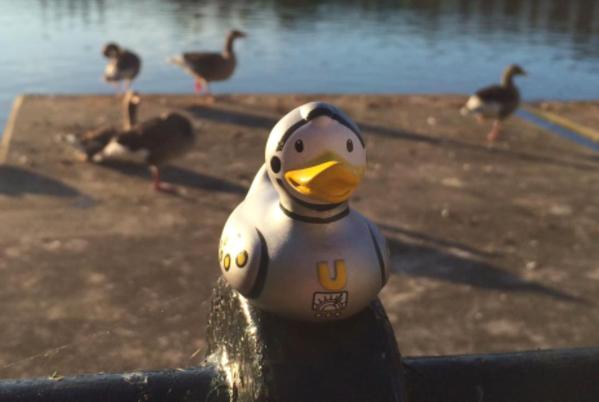 Sadly, though, after successfully reaching the edge of space, AstroDuck’s locators failed on the way back to earth and he’s now missing on the North York moors. There’s a £200 reward if you find him.

Having gone to the University of York myself, I know how much the campus ducks mean to the students (one time, a goose stole my ice cream and I didn’t even mind). Here’s hoping for AstroDuck’s safe return – you can follow him on Twitter for updates.