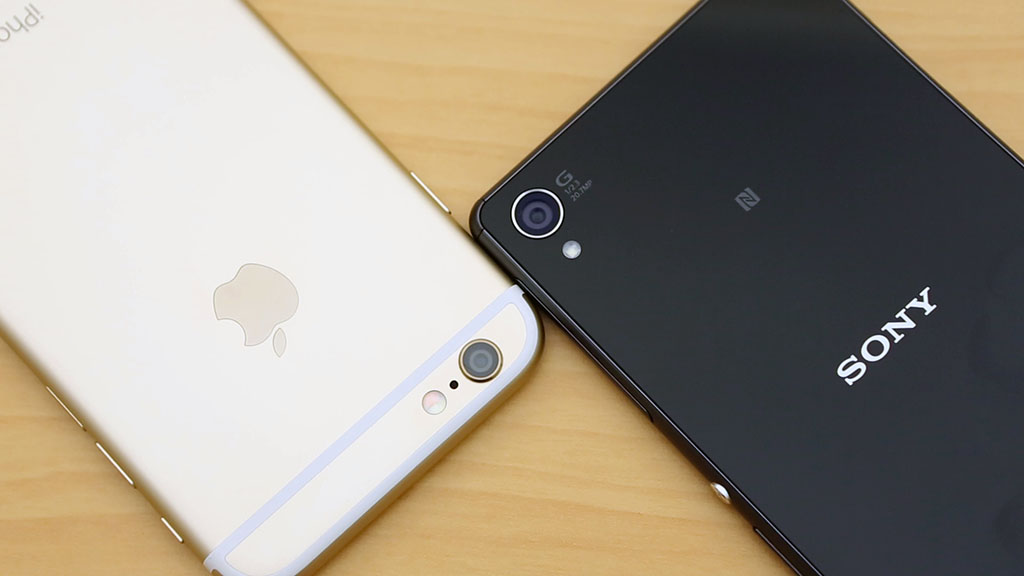 A bit more about the way we work the quiz

The iPhone 6 had a thickness of 6.9mm, whereas the Xperia Z3 is slightly larger at 7.3mm

The Xperia Z3 is water and dust proof with an IP68 rating. This means it can last up to 30 minutes in one metre of water. The iPhone 6 has no such protection.

The iPhone 6 has a TouchID fingerprint scanner that means no unauthorised people can get into your phone. The Z3 does not have this feature, instead utilising a passcode or unlock-pattern.

The Xperia Z3 has a battery life that will last up to days days of light usage, Apple revealed that the iPhone 6 will only last around 12.

The iPhone 6’s camera may only have a resolution of 8MP, but the inclusion of Optical Image Stabilisation, a 1.5µm pixel size, and ⅓” sensor size means it takes some of the best photos of any camera phone around. Excluding the Lumia 102.

The Z3 has a choice of 16 or 32GB of internal storage, but can be expanded with a microSD card to a grand total of 128GB. The iPhone 6 does not have microSD expansion, but is available with 16, 64, or 128GB of storage.

Because Apple uses it’s own iOS operating system on all iPhones, it is the company responsible for creating and releasing software updates, meaning everyone gets them at the same time. The Z3, on the other hand, uses Sony’s modified version of Google’s Android. Android updates regularly, but it is down to the individual phone companies to adapt those updates for the handsets they released that do not run the vanilla version of the OS.