It’s good never to take things for granted. And shinyshiny’s #InspiringWomenWeek wouldn’t be complete without a tribute to all those fantastic female journalists and commentators who shook things up and broadened the scope of ‘writing for women’ long before we hit the scene.

From 18th century activists to the next generation of critics and bloggers, for every limiting glossy mag stereotype there have also been female writers tearing up the rulebook and starting afresh. There are many, many great examples to choose from, of course, but here are a few personal favourites. 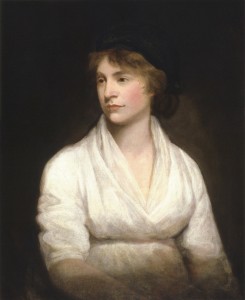 ‘Women are systematically degraded by receiving the trivial attentions which men think it manly to pay to the sex, when, in fact, men are insultingly supporting their own superiority,’ wrote Mary Wollstonecraft in A Vindication of the Rights of Woman, 1792, an argument for the equality and education of women. Had it been 1972 they might still have been controversial comments, but two centuries ago they were uniquely shocking. In answer to Rousseau’s assertion that education would lead women to have less power over men, Wollstonecraft retorts, ‘This is the very point I aim at. I do not wish them to have power over men; but over themselves.’

With two love affairs and an illegitimate daughter under her belt, the writer and philosopher came under as much fire for her unorthodox lifestyle as she did for her ideas, and it wasn’t until the 20th century that she began to be credited with breaking ground and paving the way for modern feminism. On the topic of ground breaking, 2004’s ‘90481 Wollstonecraft’ asteroid was named after her too.

Founded in 1972, Spare Rib was the bible of second wave feminism. Subversive and unashamedly political, the magazine gave a platform to debate between many different streams of the women’s movement, and set out to ‘reflect questions, ideas and hope that is growing out of our awareness of ourselves, not as ‘a bunch of women’ but as individuals in our own right.’

Circulation was small and many newsagents refused to stock Rowe and Boycott’s title, but that didn’t stop it earning a legacy as the first female-driven publication to offer an antidote to glossy women’s magazines – a legacy that was resurrected last year when writer Charlotte Raven attempted to revive Spare Rib (after the founders refused to let her use the name, the result was Feminist Times, now ‘on ice’ after only a year online). 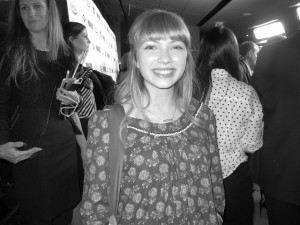 Gevinson was 11 when she started Style Rookie, a fashion blog that quickly attracted 30,000 readers a day. While her contemporaries were at sleepovers, Tavi was sitting on the front row at couture shows, acting as muse to designers and speaking at conferences. In 2011 she founded Rookie Magazine, a website that tackled topics for teen girls in a smart, fresh and authentic way. Almost entirely written by teenage girls with contributions from high-profile artists and writers, its fan base reaches way beyond its young target demographic (hiya).

‘People expect women to be that easy to understand, and women are mad at themselves for not being that simple. When in actuality, women ARE complicated. Women are multifaceted. Not because women are crazy. But because people are crazy, and women happen to be people,’ said Tavi in her 2012 TED Talk – not so much wise beyond her years as living proof that youth and wisdom were never mutually exclusive. Still only 18, she’s also started acting and singing careers, supported Barack Obama in his presidential campaign, amassed 286,000 Twitter followers and made us all reconsider buying a floral crown.

‘Women are the only oppressed group in our society that lives in intimate association with their oppressors’, said Evelyn Cunningham, a journalist and broadcaster with plenty of experience in oppression. As a reporter and editor at the Pittsburgh Courier from 1940 to 1962, she interviewed civil rights leaders and became known as ‘the lynching editor’ for her extensive coverage of the lynchings in America’s deep south.

Cunningham went on to work as an aide for Nelson Rockefeller during the 60s and co-founded the New York Coalition of One Hundred Black Women, later being appointed appointed to the New York City Commission on Women’s Issues by Mayor Bloomberg. She married four times, sat on numerous boards and remained fearlessly outspoken until her death at the age of 94. ‘Each one of my husbands tried to diminish my independence and my work,’ she told The New York Times in 1998. ‘They all loved me most while I was cooking — and I am not a good cook.’

As founder of Feministing, regular public speaker, author of five books and columnist for the Guardian US, Jessica Valenti is busy. Very busy. Writing on almost every aspect of the female experience imaginable, from rape and abortion to motherhood and popstars, she’s redefined the feminist rant for the third-wave generation (or fourth? Are we on fourth now?) and done plenty of battle with that sad modern rite of passage: the troll.

‘The high road is overrated,’ she wrote in The Nation last year, arguing that sometimes feeding the trolls is worth it. ‘It requires silence in the face of violent misogyny, and a turn-the-other cheek mentality that society has long demanded of women. A vibrant feminist movement has ensured women don’t take injustices laying down offline – so why would we acquiesce on the Internet?’

‘Everything is copy’, said Nora Ephron’s mother, a piece of wisdom the screenwriter, 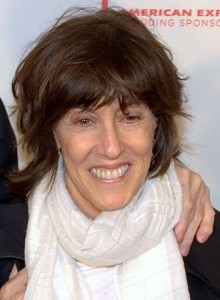 journalist and author put into practice throughout her life. Most famous for penning When Harry Met Sally and Sleepless in Seattle, two of the smartest rom-coms in the canon, she’ll also be remembered for her funny and poignant personal essays, full of endlessly quotable gems like, ‘never marry a man you wouldn’t want to be divorced from,’ and ‘if pregnancy were a book they would cut out the last two chapters.’

A long list of modern writers cite her as an inspiration, among them TV queens Mindy Kaling and Lena Dunham (who dedicated the forward of her new book to Ephron), and her frankness paved the way for much of today’s confessional comedy. ‘Above all, be the heroine of your life, not the victim,’ she told the women in her commencement address to Wellesley College in 1996. ‘Whatever you choose, however many roads you travel, I hope that you choose not to be a lady. I hope you will find some way to break the rules and make a little trouble out there.’

The naysayers: The Vagenda

‘The Vagenda is is a big “we call bullshit” on the mainstream women’s press,’ explain Rhiannon Lucy Cosslett and Holly Baxter, co-editors of the site that has been wittily, skillfully dismantling the myths and mores of glossy magazines since it launched in January 2012 – accruing 10,000 hits in its first few hours, and 250,000 in its first month, a big ‘YES’ to the Vagenda’s assertion that ‘this magazine is essentially a gigantic NO.’

Since then there have been endless articles, TV and radio appearances and a book, all instigating a whole heap of fresh debates to fuel the fires of modern feminism. In what might be seen as a partial Vagenda victory, some of the very mags that Rhiannon, Holly and their writers have torn down are now running their own campaigns focused on women’s issues, such as body image or the gender pay gap. 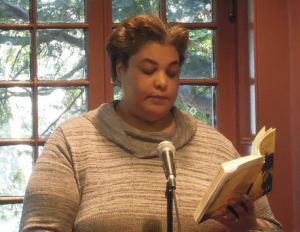 Coming soon to a tube carriage near you (if it’s not there already), Roxane Gay’s bestselling collection of essays is cheerfully-titled Bad Feminist. It picks apart questions and perceptions such as ‘is it ok to dance to offensive rap lyrics?’ and ‘is it ok to love pink, diamonds and weddings?’ with so much hilarious self-deprecation that you instantly forgive her all her (supposed) crimes against the female cause.

On top of her journalism Gay is also a novellist, professor of English at Purdue University, co-editor of literary magazine PANK, co-founder of Tiny Hardcore Press, and as of 15 October will be editing a new offshoot of The Toast (co-founded by Mallory Ortberg, another mega hero) called The Butter. Crumbs.