A group of experts has agreed that time travel, invisibility and teleportation could all become realities within the lifetimes of today’s school children.

According to the Telegraph, professors from Imperial College London and the University of Glasgow have agreed that by the year 2080, teleportation could be fairly commonplace, with time travel expected 20 years later in 2100. The research was gathered at the Big Bang UK Young Scientists and Engineers Fair, and compared scientists’ predictions for the future with those of 11-16 year olds.

Professor Chris Phillips, Professor of Experimental Solid State Physics at Imperial College London, explained how the Invisibility Cloak featured infamously in the Harry Potter series is not inconceivable. In fact, as shinyshiny reported earlier this month, rudimentary versions are already in existence.

‘One way to create an “invisibility cloak” is to use adaptive camouflage, which involves taking a film of the background of an object or person and projecting it onto the front to give the illusion of vanishing,’ Professor Phillips said.

‘The main problem is that the fibre-like structures in the adaptive camouflage need to be so tightly woven that it’s incredibly labour intensive. With developments such as 3D printing allowing us to create previously impossible materials, it’s entirely feasible that we could see a ‘Harry Potter’-like invisibility cloak within the next 10 to 20 years.’

‘Teleporting a person, atom by atom, will be very difficult and is of course a physicist’s way,’ she said. ‘But perhaps developments in chemistry or molecular biology will allow us to do it more quickly. The good thing about teleportation is that there is no fundamental law telling us that it cannot be done and with technical advances I would estimate teleportation that we see in the films will be with us by 2080.’

Time travel is tricky – although it’s already been done the increments are minuscule, with 0.02 seconds being the record. Colin Stuart, science communicator and author of The Big Questions in Science said:

Whether this terrifies or excites you, we’re still a long way from these ideas being possible in their full movie versions. Then again, Nike has created those self-tying shoes from Back to the Future II, so who knows what else is possible… 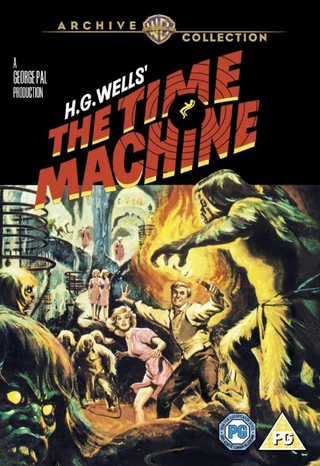