Tesco is set to release the Hudl 2 later this week, and we’ve managed to get our hands on one in advance. The new model of Tesco’s budget £129 tablet is bigger, faster, has a higher-resolution screen and is, if anything, even more of a bargain than its predecessor.

The first thing you notice is the new tablet’s size. The Hudl 2 is an 8in tablet, which for me at least makes it a good in-between size for portability and function. The screen doesn’t seem too small to work on, or too big to carry around. The original Hudl’s screen was just seven inches.

The new Hudl’s 8in display has a 1,920×1,200 resolution, the same as rivals such as the 7in Google Nexus 7, but, considering the tablet’s cheaper price, it’s an excellent screen, and the sharp, detailed screen feels like a much more expensive tablet than it actually is.

Around the edges of the Hudl (which feels lovely and light to hold, may we just add), you’ll find a microSD card slot, which you’ll probably need as the tablet only has around 9GB of its 16GB storage left out of the box, and a Micro HDMI port to plug it into your TV, because sometimes watching a movie on your 8in tablet just isn’t the same as watching it on your 40in TV with surround sound, even if the sound on the Hudl’s speakers is actually pretty good. 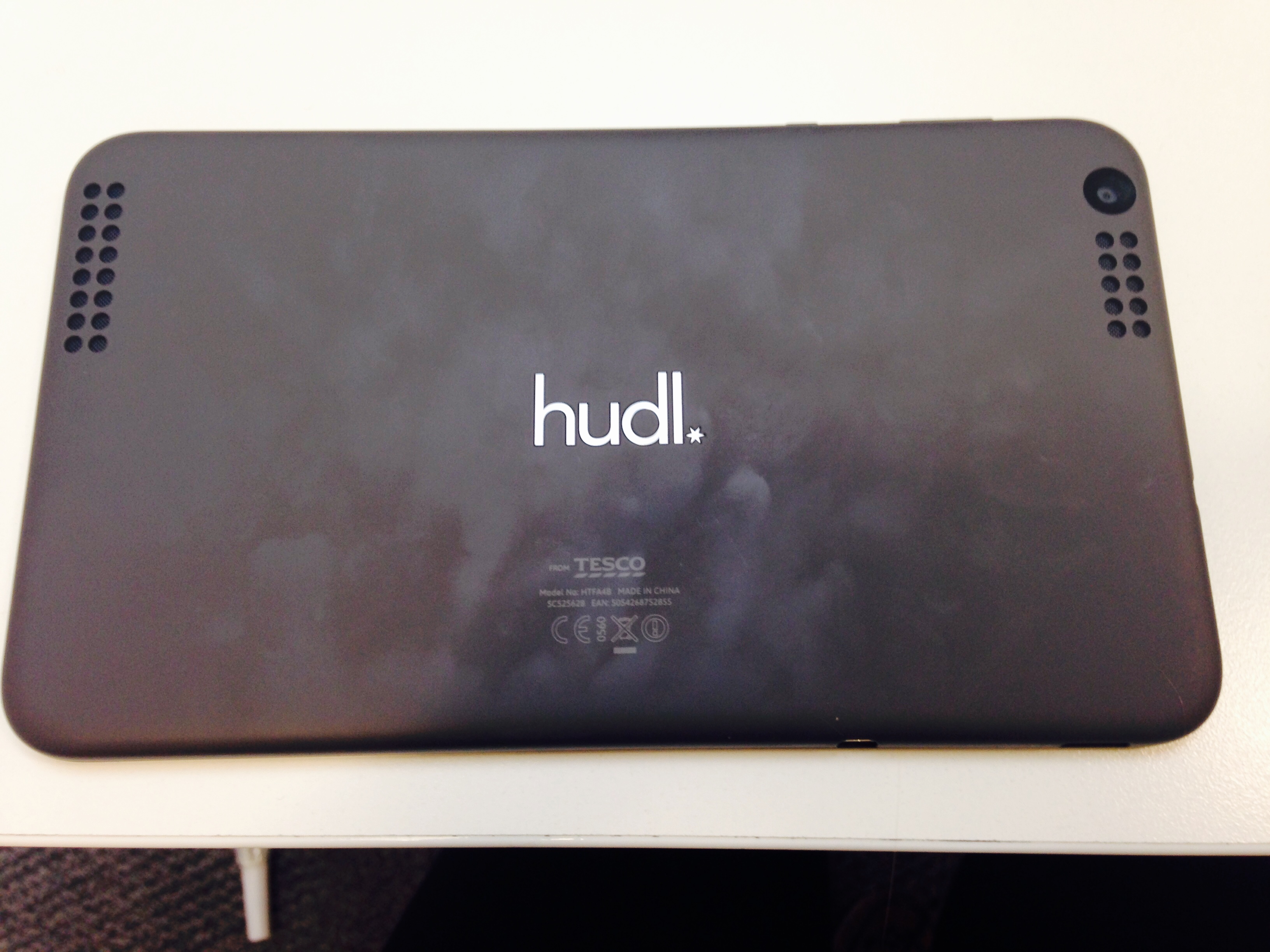 The Hudl works on Android 4.4.2, so everything’s pretty standard and simple to use, if you’re used to Android devices. However, just like the first version Tesco has added in a custom launcher, along with pre-loaded Tesco and blinkbox apps.

The Tesco launcher sounds pretty uncool, but is actually quite useful, especially if you’re an avid Tesco shopper, like my family are. Asking you to sign into your Tesco account, as well as your Google account, it will show you your Clubcard points, direct you to your nearest Tesco and give you some recipes to try (using Tesco products, obviously).

The custom apps Tesco has added includes a ‘Get started’ section, which introduces users to the Android software, which is helpful if you’re used to iOS, like I am, but will probably annoy avid Android users. It also includes blinkbox apps, where you can use your £25 free blinkbox credit, that comes with every Hudl 2, to download music, books, TV shows and films.

Being priced so low, the Hudl had to fall down somewhere, and it’s obviously the camera where it’s made the cutbacks.

The 5-megapixel sensor isn’t brilliant, with images looking low-resolution and blurry, but there is a panoramic feature, as well as a 360 sphere one, which work quite well, and have handy dots to help you keep your photo in line.

I guess that the camera isn’t really as important on a tablet as much as a phone though, so Tesco could probably afford to make the cut backs in this section.

Basic, but great value for money the Hudl 2 isn’t amazing, but we like the tablet’s design and screen. The only issue is the camera, but, for £129, what do you expect? The Hudl 2 is a massive bargain, and a great first tablet for anyone.

The Hudl 2 will be available to buy for £129 from Tesco in-store and online from 9th October.

With thanks to Tesco for the tablet