They’ve been rumoured for a very long time, and despite us having to wait for a month after all the other big announcements Google has finally unveiled it’s new Nexus models: The Motorola-made Nexus 6 smartphone, and the HTC-made Nexus 9 tablet.

The announcement also marked the official launch of Android 5.0 a.k.a Lollipop, which will be available on both new devices and a selection of older Nexus devices in the immediate future.

The Nexus 6, made by Motorola, is essentially just a blown up version of the recently released Moto X. It’s got a 6-inch QHD AMOLED display, a 13MP camera, a 2.7 GHz quad-core Snapdragon 805 processor, 3GB of RAM, a 3,220 mAh battery, and a choice of 32 or 64GB of internal storage. micro SD expansion is not included. It will also come with Motorola’s Turbo Charger which can give you 6 hours worth of power from a 15 minute charge. The Nexus 6 will be available for pre-order on October 29th, but UK prices haven’t been revealed. 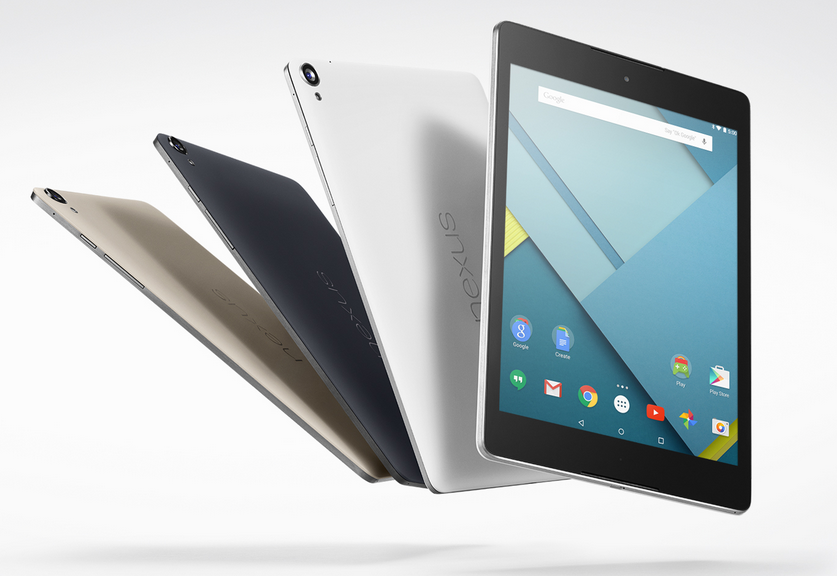 The Nexus 9, on the other hand, is made by HTC and looks to be trying to tackle the iPad Air head on. It’s got a 9-inch 2048 x 1440 resolution display, a 6,700 mAh battery, NVIDIA’s Tegra K1 64-bit processor, and has an optional keyboard case that will be sold separately for a hefty $220 in the US. Expect that to be somewhere between £150 and £200 when it makes it here. The Nexus 9 will be available from the 3rd of November, but UK pricing has yet to be revealed. This version only has Wi-Fi, but we’ve been promised that a 4G version is on its way.