Women have long been represented in front of the camera, and although that representation is often skewed and wouldn’t stand a chance of passing the Bechdel Test, this means there are hundreds of iconic female stars who have graced our cinema screens over the decades that I desperately wanted to cram into this list.

However, even in modern day cinema the number of women working behind-the-scenes reveals a different story. It was only in 2010 that Kathryn Bigelow made history by becoming the first woman to win the ‘Best Director’ Oscar for provocative war epic The Hurt Locker. Although we shouldn’t be solely focused on who wins which awards, both nominations and wins guarantee funding for future endeavours and rake in larger audiences. So whether you’re a fan of award ceremonies or not, they do play a huge part in the advancement of move-making and when a woman wins it proves that film isn’t just another male-dominated industry.

Trimming this list down to 110 wouldn’t have been easy, let alone 10. Some of the women in this list became cultural icons because of their acting ability, magnetic on-screen presence and tabloid-tantalising off-screen lives, others were among the first to direct, write and edit film even though they were often discrouaged, and others are modern-day role models that are blazing a trial in the movie industry by shunning society’s expectations, pushing the boundaries of film-making and using their fame to get involved in philanthropic and charitable pursuits.

Many of these women will be familiar, but some may be completely new to you. They all deserve to be held up as role models and true inspirations in the film industry – as do the women we didn’t have room for this time round. Please share the names of other female actors, script-writers, directors, custom designers or anyone else who has made an impact on the film industry and an impact on you. 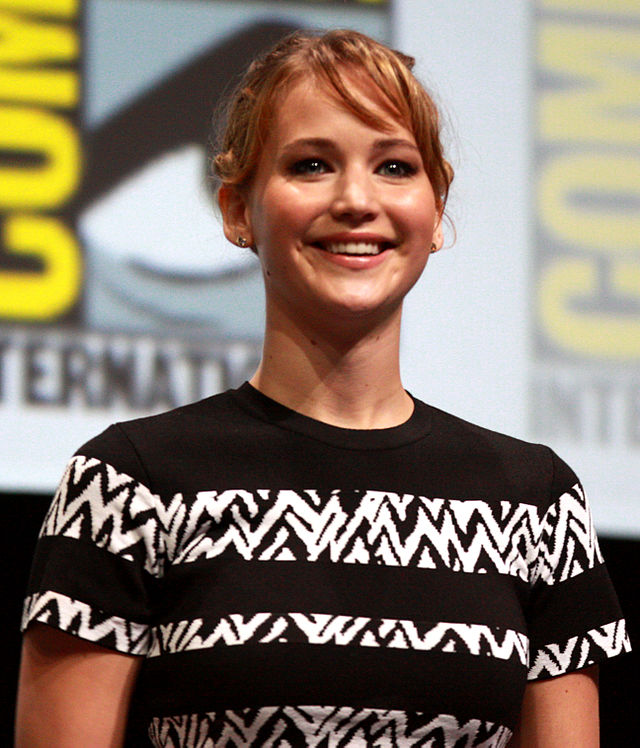 She may be a bang-up-to-date addition to the list (and in some people’s eyes controversial sat next to film legends), but you can’t deny that Lawrence’s refreshing outlook on Hollywood and undeniable acting skills are quickly turning her into a role model for young women all over the globe desperate for strong, independent women to be represented in a way that speaks to them.

She received critical acclaim in 2010 when she starred in Winter’s Bone, but it wasn’t until she took the role of Katniss in the adaptation of Suzanne Collins’ Hunger Games movies that she was sky-rocketed to super stardom. Since then, she’s reprised the role of Katniss three more times, become one of the X-Men and totally won over everyone who was still a little sceptical with the amazing portrayal of Tiffany in Silver Linings Playbook (for which she won her first Oscar). See, totally deserving of a place in the list and fast becoming one of the most inspiring women of my generation.

Image via Wikipedia via Gage Skidmore.

Schoonmaker is a film editor based in the US, and for more than forty years she’s been injecting her special brand of cinematic magic into all of Scorcese’s movies. She first worked with him in his debut movie, Who’s That Knocking At My Door in 1967, then Raging Bull is the first of his movies she first edited herself in 1980.

She’s had seven Academy Award nominations for ‘best editing’ and has three wins under her belt for Raging Bull, The Aviator and The Departed – she’s tied with Michael Kahn, Daniel Mandell and Ralph Dawson for most wins in the editing category, like, EVER.

According to MovieMaker, when she was asked how a nice woman like her could have worked on so many of Scorcese’s violent movies, she said ‘Ah, but they aren’t violent until I’ve edited them.’ What a badass!

Judi Dench’s long-spanning acting career actually began in the theatre way before her MI5 days. She carved a name for herself as a number of Shakespearean female characters, basically fulfilling the daydreams of A-level drama students everywhere by ticking all of the major ones off the list. Juliet? Check. Lady Macbeth? Check. Ophelia. Check?

In the sixties she received praise for her first few roles in film, nabbing a BAFTA for Most Promising Newcomer. However, she stayed predominantly working in the theatre until much more recent roles called her onto the screen for good, and starred in all of the recent Bond movies as the badass boss M, Notes on a Scandal, Philomena, Iris and Chocolat, as well as many, many more. Granted she might not be as eligible for a film list as others, but more of an actor list, but her achievements span decades, she’s won more awards for her talents than we’ve had hot dinners and not to mention if you grew up in England you basically consider her to be your third gran. 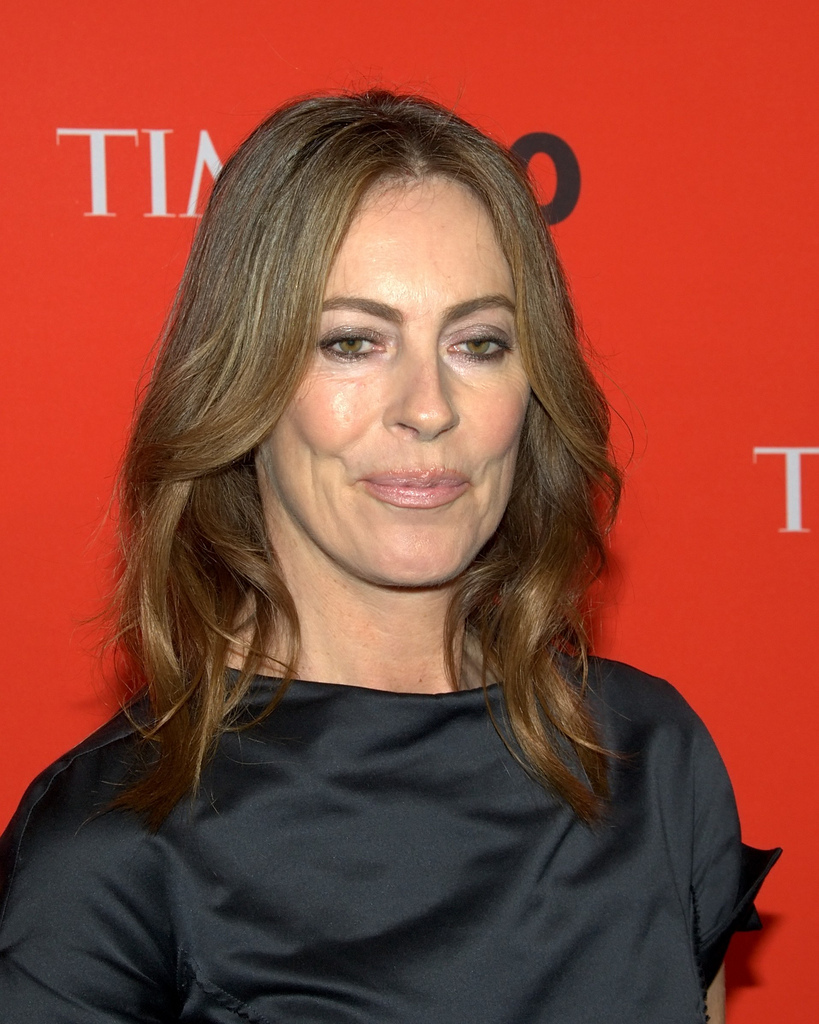 I mentioned Bigelow earlier on, but as the first woman to ever win the Academy Award for Best Director, she definitely deserves a spot on our list.

Bigelow’s first major works were all action movies, with her trilogy of Blue Steel, Point Break and Strange Days. Point Break did well at the box office, but it wasn’t until she started directing more hard-hitting movies like Zero Dark Thirty and The Hurt Locker that she really came into her own. The latter bagged her a huge range of awards, including Academy Awards for Best Director and Best Picture.

Edith Head was a costume designer who started working for Paramount Pictures back in 1924 when she was 26 years old. She was hired as a costume sketch artist, despite having absolutely no costume design, art or any other design experience. She began designing costumes for silent movies in 1925 and from there it wasn’t long before she became one of the top costume designers in the whole of Hollywood.

She was nominated for a huge 35 Academy Awards and won eight – the most ever received by any woman. Although she’s responsible for some of the most iconic clothes in movies (Vertigo and The Birds are just a few of the ones that she worked on), she didn’t just design clothes for Hollywood, she was also asked to design a female uniform for the United States Coast Guard, which she always considered to be a big highlight of her career. 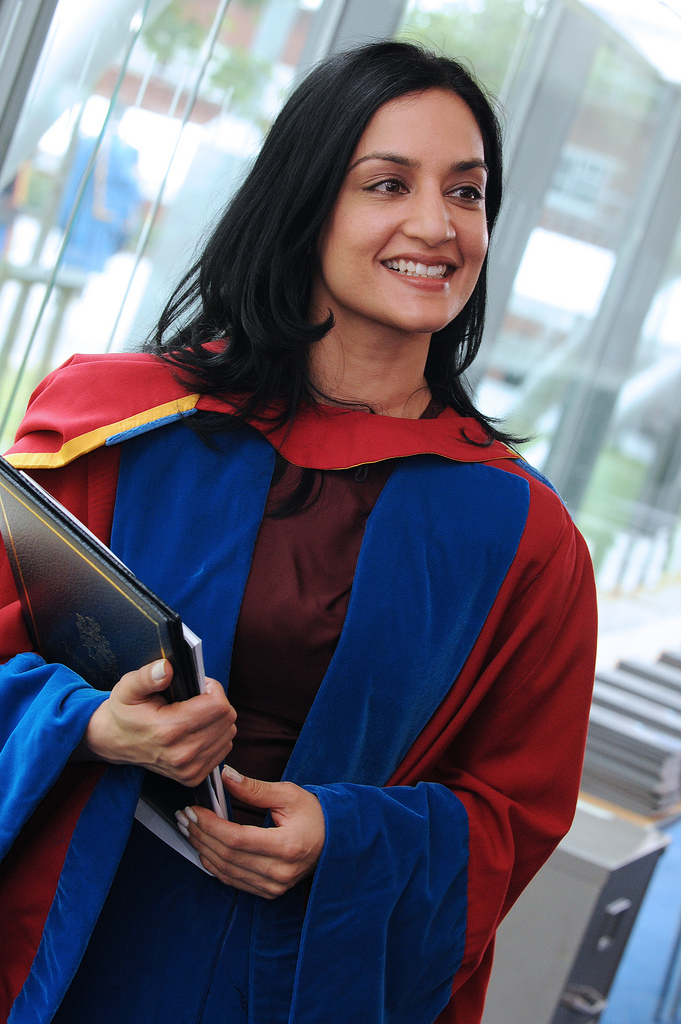 Archie made a name for herself back in 1999 when she starred in East is East and has since taken on a number of poignant roles, particularly as the lead role in Yasmin in 2004, which many applauded as it addressed issues of Islamophobia in a time when tensions were still high following 9/11.

If you can’t remember where you’ve spotted her recently, she took the role of Kalinda in awesome political TV show The Good Wife. Not only does she play a badass P.I., but her role also address sexual ambiguity – proof that she refuses to be typecast after her earlier roles – and she won an Emmy for it too.

Outside of work she also works to improve education in India and has teamed up with Amnesty International to front their Stop Violence Against Women campaign.

Google Jane Arden and you’ll see she’s described as an actress, screenwriter, playwright, songwriter and poet, a ‘radical experimentalist’ and radical feminist. This fascinating character was the only woman to solo direct a feature film in the 1970s here in the UK. The Other Side of the Underneath is a violent and controversial tale of a woman living in Victorian England, her ongoing battle with mental illness and subsequent rebirth.

The film dealt with the topics that Arden felt most passionately about during her career, women’s subjugated role in a patriarchal society and the erroneous ways mental illness among women has been addressed throughout history. The movie was highly-praised and highly-criticised and according to Mr. Wikipedia it was described as a ‘major breakthrough for British cinema’ by the BBC.

Arden co-wrote a number of TV shows and documentary films, like The Logic Game, Dali in New York and Curtains for Harry. She also founded a feminist theatre group called Holocaust and wrote many more screenplays and plays, most of which proved to be at least moderately successful and garnered Arden a dedicated following. Had she not taken her own life in her early fifties, I imagine she’d have become even more of an icon in British film and a bold voice in modern day feminism. 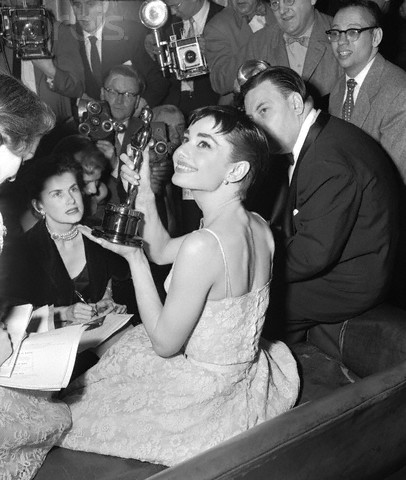 I’ve shied away from cramming too many of the usual suspects into the list, but I decided Audrey Hepburn definitely needed a place in our #InspiringWomenWeek series. For years Hepburn has been a film and fashion icon, often named as one of the biggest screen legends of all time.

She’s probably best known for roles in movies like Sabrina, The Nun’s Story, Breakfast at Tiffany’s, Charade and, of course, My Fair Lady. Just like Goldberg below, Hepburn is one of the few people to have ever bagged herself an Emmy, Grammy, Oscar and a Tony. Despite the fact Truman Capote allegedly completely disagreed with Hepburn’s casting in Breakfast at Tiffany’s, it was her role as Holly Golightly that sky-rocketed her success and ensured she stayed firmly in the hearts and minds all over the world.

During her later life she paused her acting career and instead dedicated a lot of time to UNICEF, working in developing countries all over the globe.

Whoopi Goldberg has done a hell of a lot throughout her career, but made a name for herself as an actress back in 1985 when she starred in The Colour Purple. In 1990 she starred in Ghost and won an Academy Award for Best Supporting Actress and since then she’s taken on a number of starring and supporting roles. Trekkie fans will also be fully aware that she played the role of Guinan in Star Trek: The Next Generation, a role she allegedly was desperate to get because she was such a fan of the show.

Goldberg is one of very few to have won an Emmy, Grammy, Oscar AND Tony award. Yes, really. Back in the nineties she was also allegedly the highest-paid actress in the industry.

Katharine was a Hollywood leading lady for more than 60 years and her career saw her starring in movies, plays and TV shows taking on a multitude of different roles in her time. Sure Katharine was beautiful, and her looks may well have helped her to star in a number of genres over the years, but she was also known for being witty, eccentric and rather unconventional at times.

Katharine was born to a liberal family (her mum was a suffrage activist) and although she sky-rocketed to success quickly, it seemed Hollywood was often taken aback by her strong, outspoken personality and unconventional attitude towards being a movie star. She allegedly wasn’t keen on wearing make-up, getting dressed up or playing the role of the off-screen startlet AT ALL, which made the media and industry bods wary of her. She was reported to have said, ‘if you obey all the rules, you miss all the fun.’

Despite having a few hit movies under her belt, her career began to flail. So, she turned to the stage and this is where she starred in The Philadelphia Story. It was this play that awesomely turned her career around as she bought the motion picture rights to the play, took it to Hollywood and starred in it herself.

In her time, she won a hugely impressive four Best Actress Oscars and had a further 12 Academy Award nominations to boot.