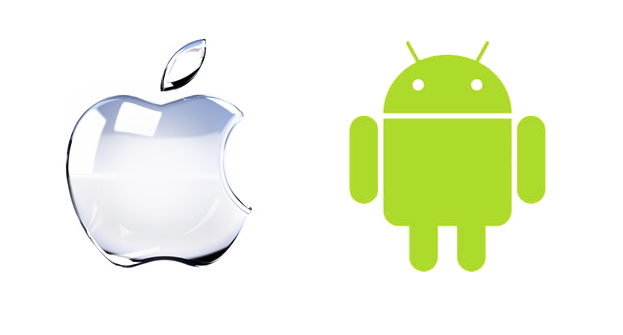 Buying a phone is difficult, what with the sheer amount of models that are available for purchase. One of the first things you have to decide is which kind of phone you want to buy. The two most popular models in the UK are iPhones and Android phones, but what’s the difference? Well, if you’re not to sure exactly what iPhones and Android phones are, and how they differ, our guide is here to help you out.

The most basic difference between the two are the operating systems they run on. iPhones run on iOS, the mobile software developed by Apple, and Android phones run on Android OS, the mobile software developed by Google. This means that most of the services on the iPhone are centred around an Apple/iTunes account, whereas services on Android are centred around your Google account. 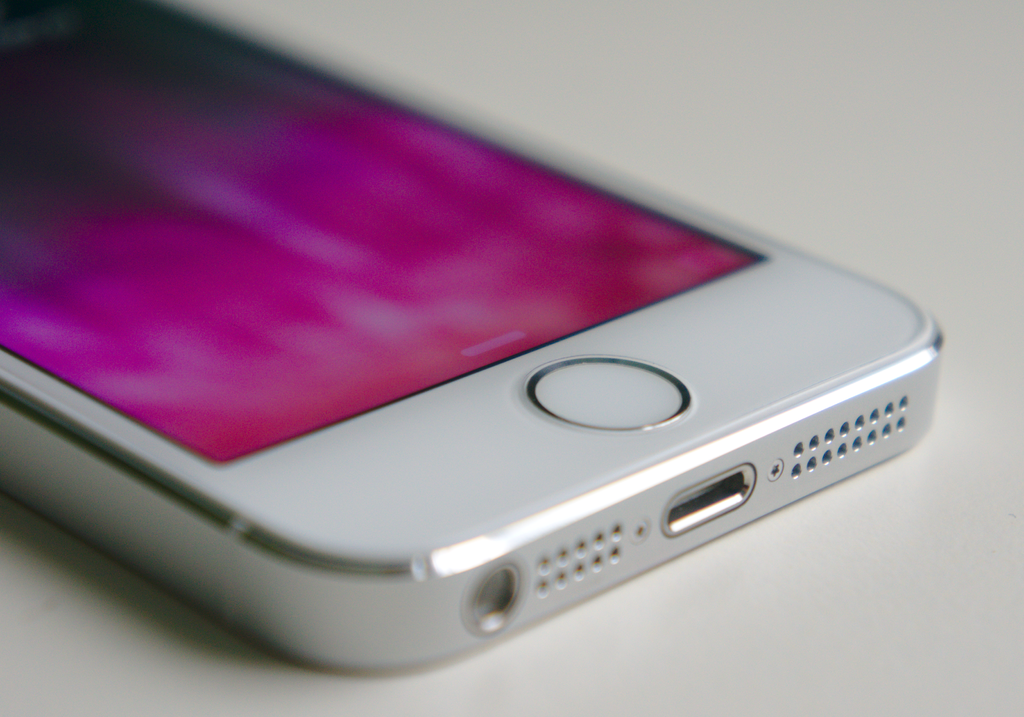 The major difference between Android phone and iPhones is based on who makes them. The iPhone is a term used exclusively for phones made by Apple, whereas Android is a term based on the phone’s operating system. Because Android is the software, rather than the hardware, it means it’s not restricted to one manufacturer like the iPhone is. Another point to mention here is that Android is an open source operating system, which means that anyone is free to take the base software to use, or modify (to some extent), as they see fit. This has made Android a popular platform for phone manufacturers across the world.

Because iPhones are only made by Apple, there is a fairly limited selection of what you can buy. Usually older models are discontinued after about three or four years on the market. Android, on the other hand, gives you a lot more choice because of how many manufacturers who utilise it. Many companies choose to add their own custom “skin” on top of stock Android means that there is no one true “Android phone” since not all of them are exactly the same. But, despite the skin, it does mean that you get the same basic level of functionality across all Android devices installed with the same base version of the software. Phones running the stock version of Android are also readily available, and Google’s Nexus line is one famous example. While these models do not have the various extra features that some skins offer, they do have the advantage of getting software updates as soon as they’re available. 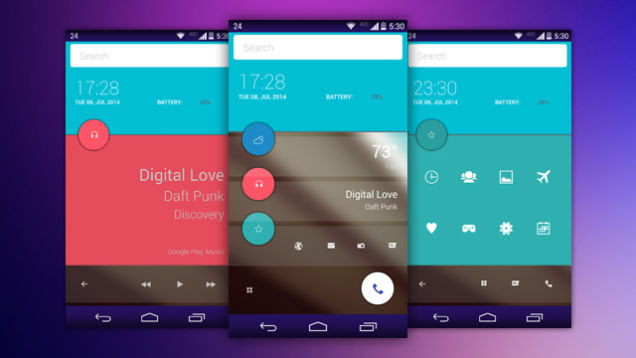 Since iPhones and Android phones rely on different accounts, it does mean that there are many different services available. A number of Google’s services are also available on iPhones, requiring a Google account to use of course, meaning that iPhone users will not miss out on using services like Gmail, YouTube, and Google Maps. Sadly the opposite is not true, and Android users will not be able to use any Apple services. That being said virtually all of these services have counterparts on Android phones run by Google, so there’s very little of consequence that Android users will be missing out on.

Another difference is that it is not possible to load data, like songs or music, onto an iPhone without first going through iTunes. Android phones, on the other hand, do not require any such software, and it is possible to drag data straight onto the phone as you would with a USB stick, or a hard drive.

It is possible to make your phones do things that the developers of the operating system hadn’t originally intended. On iPhones this is known as “jailbreaking”, and on Android it’s known as “rooting”. For the most part the process is easier to accomplish on Android, partly because of the open source nature of the system, and because Apple specifically discourages people from jailbreaking (in some cases it can void your phone’s warranty). Both processes allow users to modify the software, and or install a new operating system altogether. They both also allow you to install apps that would not normally function on the base software. Jailbreaking and rooting are not easy processes to accomplish, however, and should not be undertaken by novices.

The main reason for choosing a smartphone over a regular phone is, of course, the apps. In the grand scheme of things there isn’t much of a difference between the apps available on Android and iOS, and the majority of apps that are available on one system will become available on the other in some shape or form. For the most part developers in Europe and the US favour iPhones when creating new apps, partly because the limited number of iPhones available makes it much easier to test universal compatibility. That being said, most developers understand the advantages of not restricting their audience, and Android versions of popular apps do end up being releasing shortly after the iOS release.

Acquiring apps is fundamentally the same between the two systems, log into either iTunes or Google Play, find the app, and install it on your phone. Both stores accept payment from credit/debit cards and pre-paid gift cards. 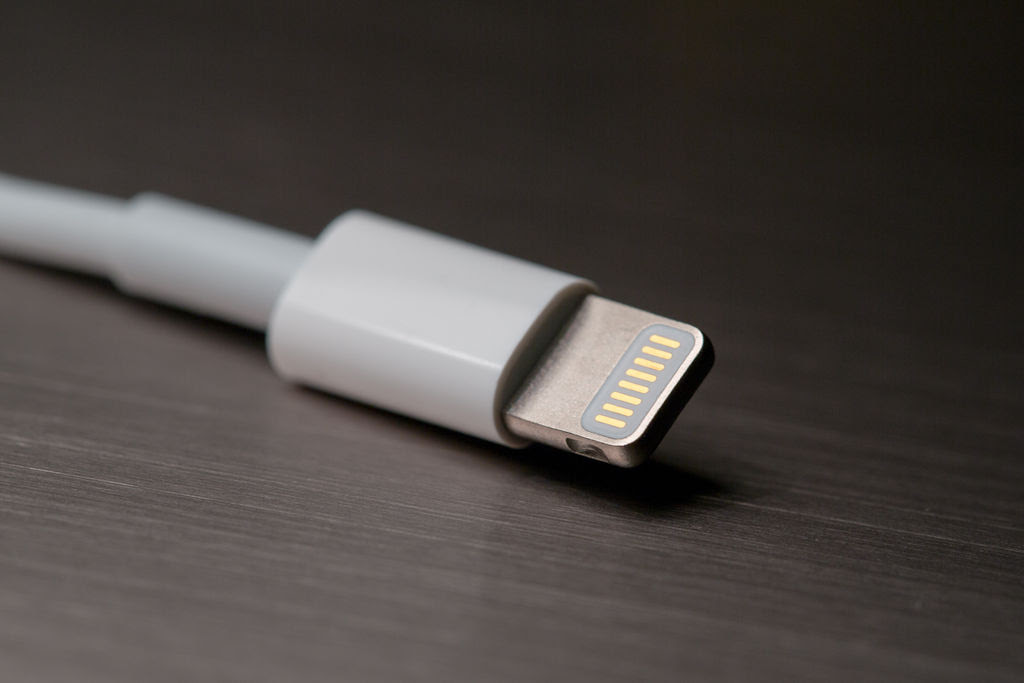 Charging cables are some of the most obvious accessorial differences between iPhones and Android phones. iPhones use Apple’s own brand of chargers, 30-pin wide head charging cables for older models and the newer, smaller, reversible lightning cables for iPhones released since late 2012. All other phones, Android included, use micro USB cables. Apple’s chargers, including third party ones, do tend to be more expensive than micro USB cables which can be bought for a couple of pounds on places like Amazon and eBay.

When it comes to cases, buying for the iPhone tends to be a lot easier because of their standardised shapes and sizes. In the case of Android, the variety of handsets makes it much more difficult to find a suitable case for the model you have. It’s possible, but you won’t find the same number of creative designs as you can with iPhone cases.

Speakers are a different story altogether. While there are a number of options for iPhones that are specific to the iPhone’s charging port, most of the high-end speakers available connect wirelessly by Bluetooth — meaning that they are universally compatible. Other cheaper options tend to connect via the 3.5mm headphone jack, which all modern smartphones include. The same goes for portable power packs, most which either come with specific power cables or can be made universally compatible by using adaptors. 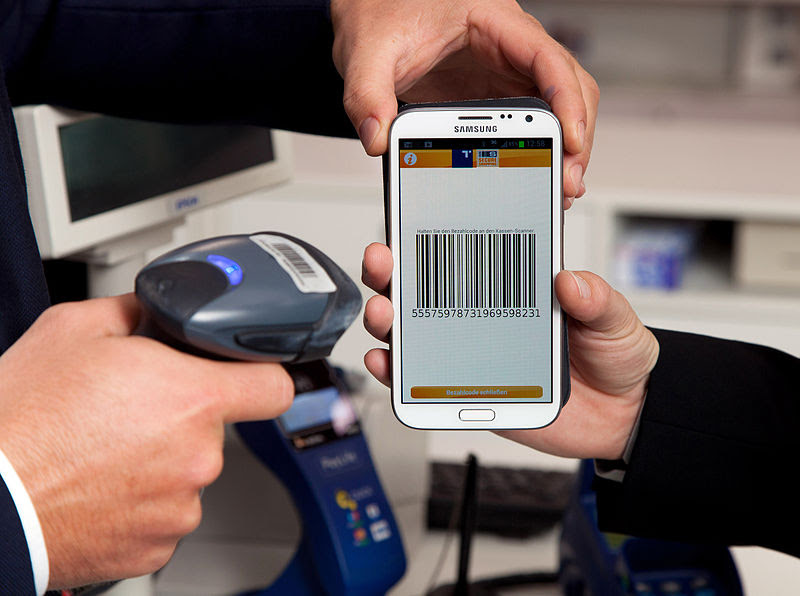 Of course when you want a new phone price is the ultimate deciding factor. iPhones tend to be on the pricier side, and because the older models get discontinued after a few years finding new models at a low price can be incredibly difficult. Currently there are three models of iPhone available from Apple: the 5S, 5C, and 4S. These will cost you between £349 and £709 depending on which option you choose, and how much storage you get. It goes without saying that you will pay more for models that are newer, or have more internal storage.

Because of how many many different varieties of Android phones are available, the price varies immensely. It is more than possible to get hold of phones that cost below £150 if you’re willing to sacrifice certain aspects of the hardware. Good examples of such budget phones include the EE Kestrel (£99), and the Moto G (£130). On the other hand if you want most up-to-date hardware and software, you can get hold of high-end smartphones if you’re willing to pay for them. Generally known as “flagships”, these phones are the best models each company has to offer and examples include the Sony Xperia Z2 (£435), the HTC One M8 (£471), and the Samsung Galaxy S5 (£420).