Part of the fun of fashion is the way different collections show off their designers’ creativity and inventiveness. But clothes and accessories aren’t only about looking good, sometimes they’re more about function. Not to worry, though: there’s still plenty of creativity and inventiveness on display in these seven pieces of potentially life-saving kit. Some are for sale now, while others should be coming to market soon. Gisele Bundchen probably won’t be strutting down the catwalk in any of them, but we’re pretty sure she’d give them all a thumbs-up… 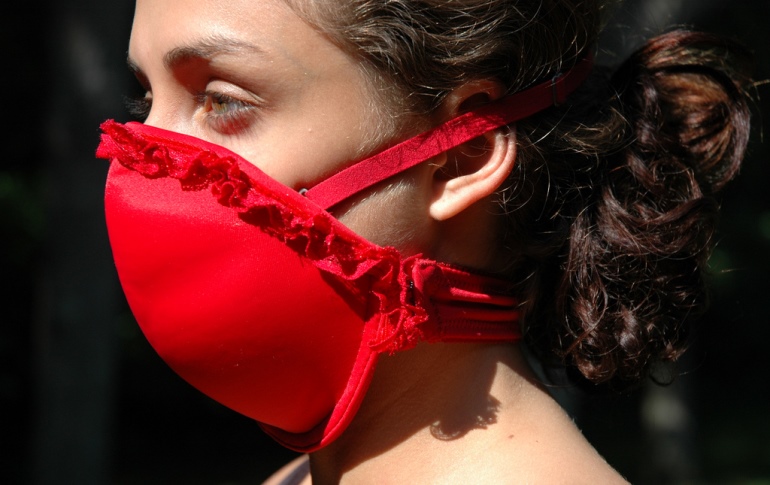 When you need a medical mask, STAT: The Emergency Bra

Dr Elena Bodnar is the founder and president of the Trauma Risk Management Research Institute in Chicago and the designer of the emergency bra. It’s not intended to replace medical equipment, but could help protect the lungs in an emergency, as it converts into two face masks, each of which covers the nose and mouth. It won the Ig Nobel Prize in Public Health in 2009, which is for ‘achievements that first make people laugh, then make them think’. 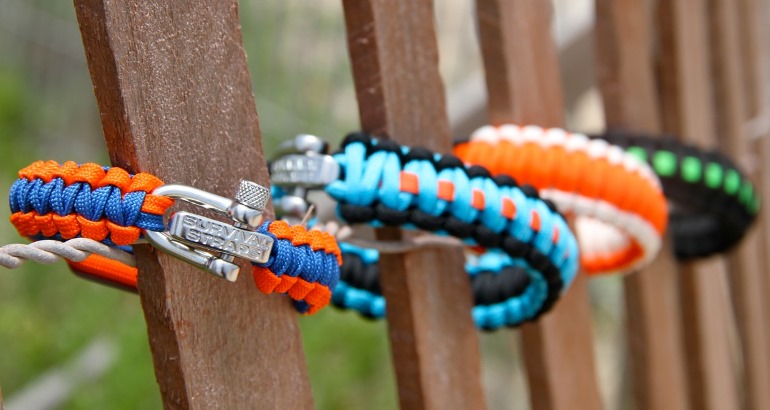 The bracelet that lets you be a hero: Survival Straps

These might just look like a rugged take on friendship bracelets, but each one expands into a military issue paracord that could get you out of all kinds of jams, from when you lose a shoelace on your hiking boot to when you have to rescue a young child from a strong undertow. (Don’t hesitate for fear of losing your favourite accessory: they’ll send a free replacement in cases of heroism.) They come in a range of colours and styles, and you can add dog tags, or even a photo. The regular survival bracelet starts at $24.99 (around £15). 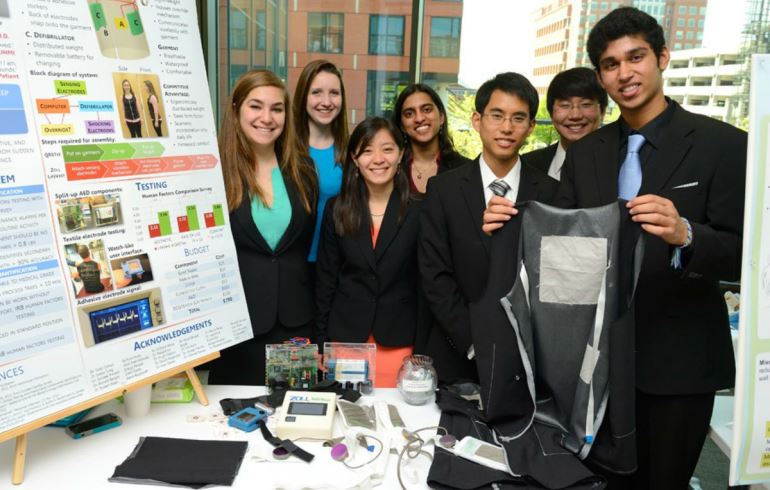 A team of students from Johns Hopkins University led by Sandya Subramanian are working on a waistcoat-style portable defibrillator. Patients with heart conditions need constant monitoring in case of an attack, but many baulk at standard defibrillators because they’re heavy and take an ‘err on the side of caution’ approach to shocking people when they sense a problem. The students’ version is made from t-shirt material, making it much lighter, and it comes with a wristband that allows patients to override the system in case of a false alarm. 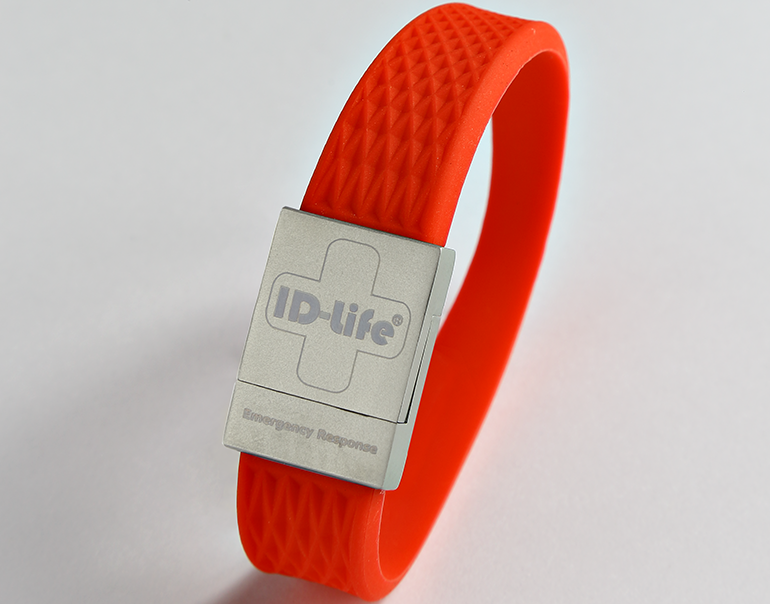 Wristbands that can store all your medical info: ID-Life

A lot of people with allergies or pre-existing health conditions wear MedicAlert bracelets that medical professionals can use to look up your details in an emergency. But Singapore-based company ID-Life wants to take things a step further. Their wristband includes a QR code that, when scanned, provides a range of information about your health, and it’s ideal for activities, including competitive sports, where you might not have your phone or personal info with you. Buy one via the site for $30 (£19).

A babygro that detects diseases: Babyglow

Not so much for you as for your baby (although given the market for adult onesies, maybe a grown-up version’s not a bad idea). Overheating can cause irreversible brain damage in babies and is a symptom of some potentially fatal illnesses, including meningitis and encephalitis. So father-of-one Chris Ebejer invented this babygro, which changes colour when a baby’s temperature gets over 37 degrees C, thanks to a special heat-sensitive dye. It comes in pink, blue, or pale green, changing to white in an emergency. An updated version should be on sale soon. 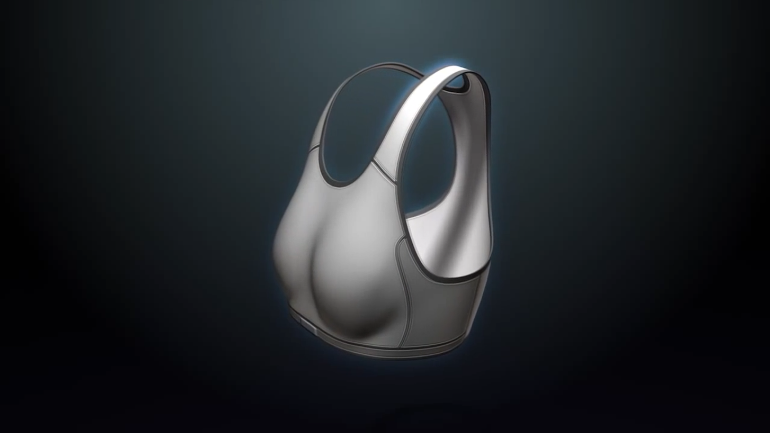 The bra that can detect cancer

Yeah, there’s probably nothing bras can’t do. First Warning Systems has made a bra insert that they say can detect breast cancer with 74% accuracy (it’s also cheaper and far less invasive than a mammogram). Their circadian biometric recorder uses sensors to collect breast cell temperature changes over a 24-hour period in order to spot cancer before it becomes symptomatic. The company hopes to launch it soon, starting in Asia. 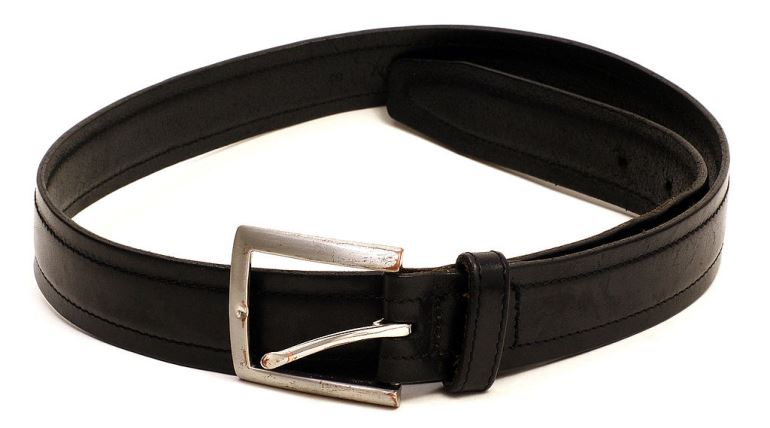 Researchers from Texas Tech have developed a sensor that can detect its wearer’s chances of falling up to a few days before a fall happens. It takes a little time to calibrate to a user’s usual movements, and then can tell when their balance is off. It’s just a prototype at the moment, but would ideally be added to a belt as the best place to gauge movement is by wearing the sensor at the lower back. It could be useful for older people or anyone with an illness that affects balance, from Meniere’s disease to Parkinson’s.