Last month we reported on an app which can identify malaria, and now a California student has developed an add-on for smartphones which can help identify the disease.

The project, entitled Athelas, uses a lens attachment for smartphones to identify and magnify blood samples, while a corresponding app provides analysis of the images. Athelas promises to deliver ‘automated, cheap disease diagnostics and cell-counts within seconds.’

Tanay Tandom, a 17-year-old high school senior based in Cupertino, California, devised the project and entered it into the first YC Hacks competition. Judges were very impressed with the low-cost, portable, pocket-sized project and awarded it first place. 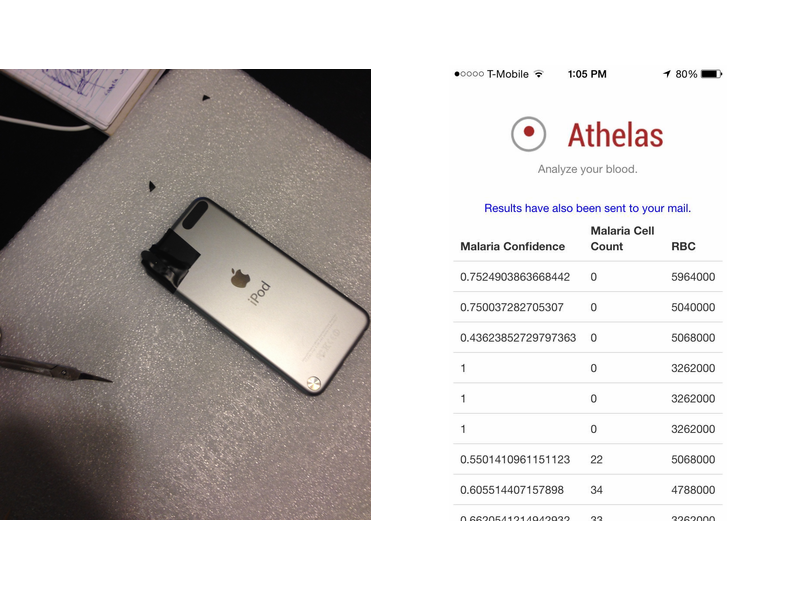 Athelas is cheap to produce, with an estimated cost of just $5 per lens attachment. The accuracy rates are high: 90-95% for ‘training data’, or high-resolution blood images. However, this drops to 70-75% when using live blood samples – that is, images of blood smears taken directly from the smartphone camera attachment. This is because the images are of a lower resolution.

Obviously this is something which requires improvement. ‘Over the next few months, the main goal is to incorporate some sort of low-cost staining procedure, as well as multi-fusion image stitching algorithms to boost these numbers to more accurate ranges,’ Tandom explains.

Malaria plagues many rural areas of the world, with Nigeria and Burkina Faso being some of the worst-affected countries. Tandom hopes to be able to deploy this technology far and wide, enabling easy, cost-effective diagnoses without the need for an expert.

YC, who ran the competition, has nurtured and contributed to hugely successful start-ups such as Airbnb, Reddit, and Dropbox. For his prize, Tandom won an interview with its industry leaders.

Main image via NIAID at Flickrcc, other images via ChallengePost.