There are times when holding your camera to take a photo just isn’t possible, whether you can’t keep your hands steady enough for taking photos at night, or you’re taking pictures of yourself, or possibly just because you want to get the shot absolutely perfect. What are you to do? You can’t really leave it lying on the ground can you? As you may have guessed these are times when having a tripod is invaluable, but which one should you get? There are so many! Allow us to give you a helping hand with five of the best tripods you can buy.

The GorillaPod isn’t one specific tripod per-se, and which one you buy depends on what kind of camera you have, but each model does basically the same thing. The GorillaPod is quite simply a small, lightweight, tripod with flexible legs — making it suitable for any sort of situation where a normal tripod can’t be used. This could be indoors at your desk, or it could be out or some incredibly rocky and uneven terrain. That’s what makes the GorillaPod great, it’s small, it’s sturdy, and it’s up for pretty much everything.

You can compare and purchase GorillaPod models here. 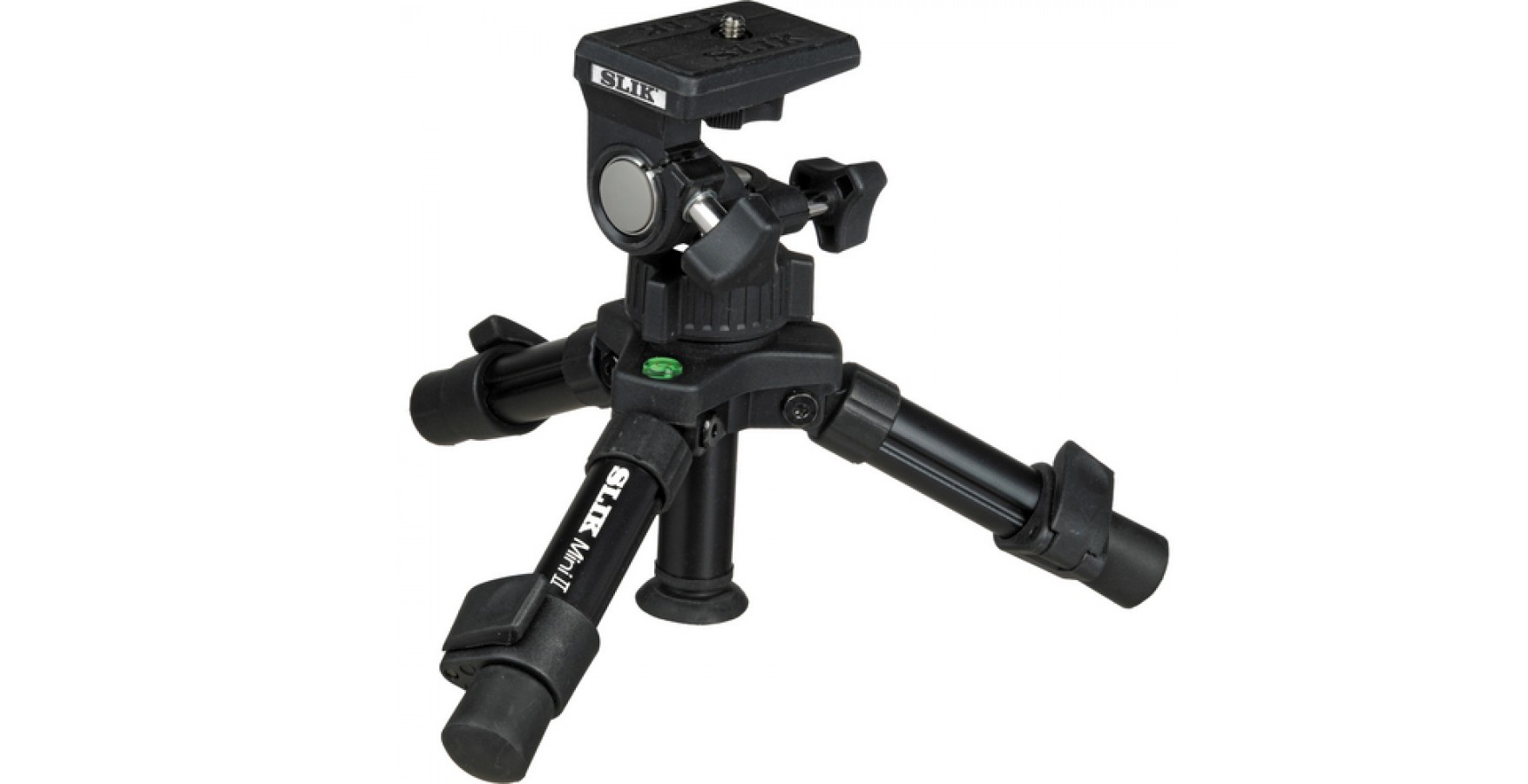 Maybe some small and compact is what you’re looking for, but there’s something about the GorillaPod that doesn’t sit right with you. Maybe you don’t trust the flexible legs not to unravel, or maybe you just don’t want the hassle of fiddling with the legs to get them straight enough to take a basic photo. If that’s you then you might want to check out the Slik Mini II. Essentially it is an ordinary tripod just shrunk down to a teeny tiny size, making it perfect for close-ups and tabletop photography. Chances are you won’t be taking this out and about into the world, because the small legs require a fairly even surface to stand on, but if you want something basic and sturdy this is a great option to consider.

You can buy the Slik Mini II Tripod here. 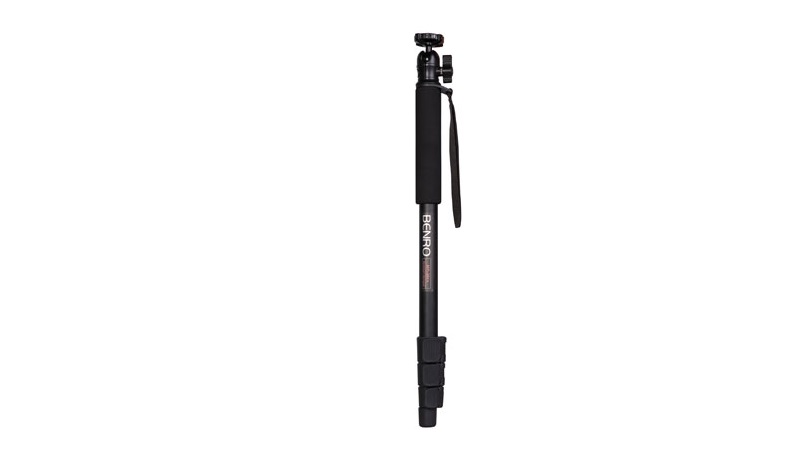 If you’re being pedantic a monopod isn’t a tripod because it only has one leg. But, the monopod’s single leg means that it’s much faster to use than a tripod. Think about it this way: to use a tripod you have to deal with the three different legs and alter them so that you get the level shot on the terrain. That’s awfully fiddly and can take some time to get done correctly. A monopod on the other hand has only one leg to worry about, meaning these problems are virtually non-existent — making it ideal for photography situations where you need to get around quickly, like sports events. This spped does come about by sacrificing some stability, but it’s better than using nothing at all.

The MP-35Ex Kiv is definitely one of the best you can get your hands on. It’s cheap, it’s strong, it has a decent height, and most importantly weighing in at 590g it’s fairly lightweight.

You can buy the Benro MP-35EX Kiv Monopod here. 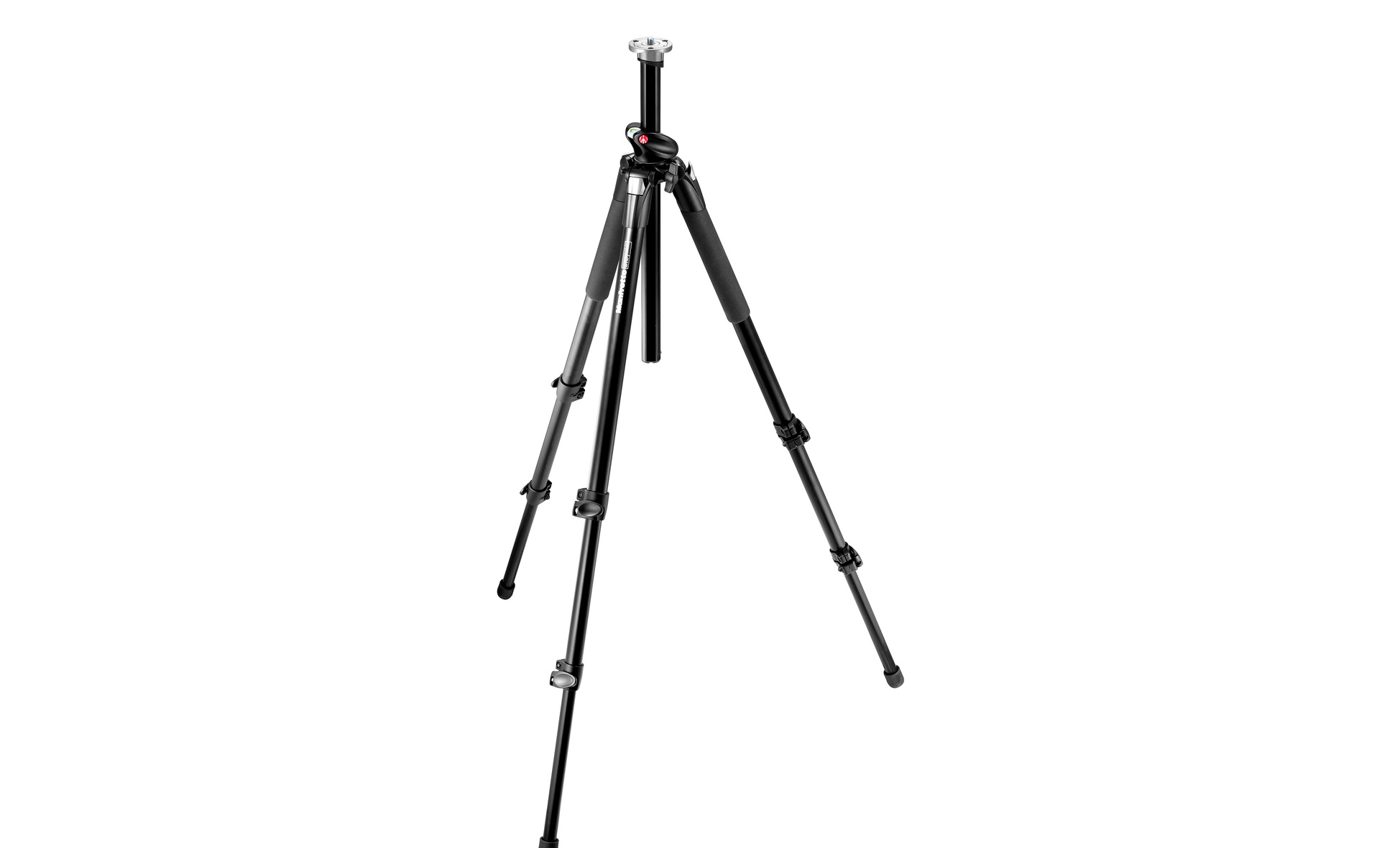 Now we’re onto some proper heavy duty tripods with the 055X from Manfrotto, one if the biggest names in the world of photography stands. Manfrotto are known for their high quality products, and the 055X is no exception. The aluminium legs make it a sturdy and robust tripod, and it’s 187cm maximum height means it’s taller than a lot of people. Throw that in with a central column that pivots 90 degrees, and three-section legs for multi-angle use, this is definitely one of the better tripods out there.

Sadly having a full tripod does come with its drawbacks. For starters this weighs a whopping 2.9kg, so lugging it around with you could easily tire you out quite quickly. It’s also more expensive than the first three choices on this list combined. But, there’s no real substitute for a proper tripod when you’re taking photos, so you need to decide what kind of photos you’re going to be taking. 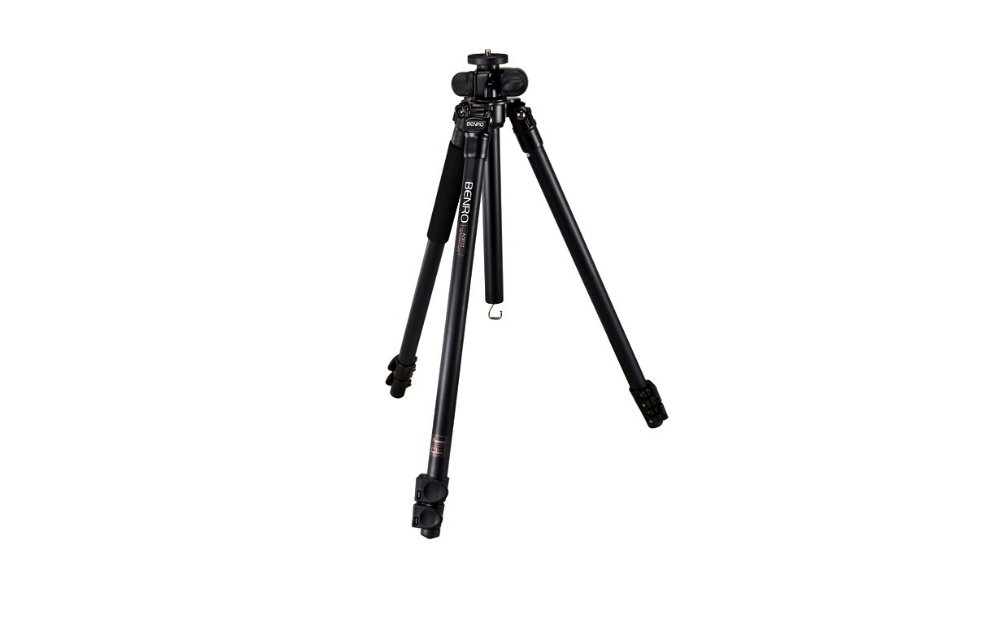 This one is slightly more affordable than the offering from Manfrotto and offers a few extra features as well. Again you’ve got three-section legs for multi-angle use, but you also 180 degrees of rotation that means panning shots are more than possible. It’s not quit as tall, but with a maximum height of 175 cm I don’t think many people will be complaining.

It offers the best of everything really, a fully-fledged tripod with a sturdy build without the high price-tag. If you want something for serious photography then this isn’t a bad one to start off with.