A huge controversy stirred up the media and Twitter masses earlier this week when Louisa Foley’s social media faux pas, which we’ll be referring to as ‘the burning bikini selfie’, went viral.

We took a look at some recent news headlines when selfies just weren’t at all OK. Like, not even a little bit.

Warning: Some of these ill-timed selfies are silly, some are really silly and a few others are serious and rather tragic.

1. When there’s a a building burning to the ground behind you

We already hinted at ‘the burning bikini selfie‘ incident earlier this week as being a prime example of a time when it’s totally not OK to take a selfie (according to judgemental people on Twitter). Student Louisa Foley was sunning herself on Eastbourne beach when the pier went up in flames. First thought: Let’s take a selfie.

How totally OK was it for Louisa Foley to have taken the selfie?

Well, the thing is it’s not really a selfie, is it?! She didn’t take it herself. So maybe Louisa’s partner in crime should have got just as much social media stick. We also think it’s pretty insensitive, but it’s hardly THAT bad. Louisa couldn’t have really done anything to fight the fire herself, so she may as well have just stayed on the beach.

Earlier this week, tragic news hit the papers that 21-year-old Oscar Otero Aguilar died while trying to take a selfie with a gun. Many are criticising Oscar for his behaviour, which is fair, but probably not really appropriate given the outcome. But, he’s not the first. Or, sadly, the last. Let’s just hope anyone wanting to take a scary-gun-toting-selfie in the future at least makes sure the weapon(s) they pose with isn’t loaded.

How totally OK was it for Oscar Otero Aguilar to have taken the selfie?

We don’t think this one needs much of an explanation.

3. When you’re on your way to/attending/leaving a funeral

We don’t have just one example to show you for this one, but a whole Tumblr full of them. That’s right, taking selfies at funerals is now totally a thing now. It’s wrong for so many reasons: the showing off, the posing, the OMG-look-I’m-dressed-in-black-check-also-check-out-my-ass shots, the duck face right next to the dead body. We could go on and on.

The thing is, it’s hard to be REALLY judgemental as funerals are such a personal experience. Maybe someone’s gran would have loved a selfie and found it particularly LOL-worthy that their younger relative is shunning convention and sharing this typically sad day with a load of strangers on the internet (at least that’s the reasoning for this dude’s ridiculous face). 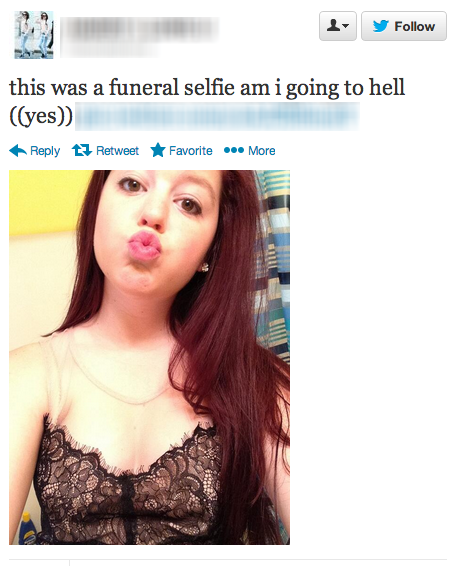 How totally OK is it to take a selfie at a funeral?

It’s probably not OK, but who knows, you know the person who’s funeral you’re attending much better than we do. Just be careful not to offend the other people who are there as you fluff up your hair and pout while they’re having one of the worst days of their lives.

4. When tonnes of professional cyclists are hurtling towards you at a high speed

Keen shinyshiny fans will remember that when the Tour de France kicked off in the UK last month, the race was massively disrupted by daredevil (and incredibly stupid) selfie-lovers. In fact, lots of the athletes took to Twitter to complain about just how incredibly stupid the youth of the UK are when it comes to getting that perfect, pouting, very close to death selfie. 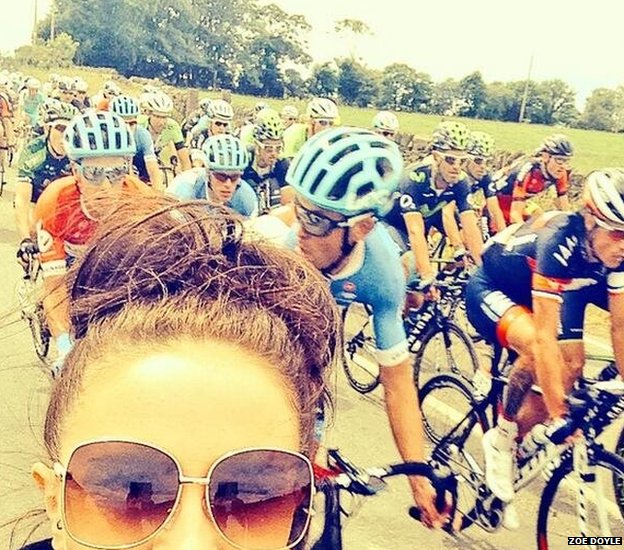 How totally OK is it to take a selfie in the middle of the Tour de France?

It’ just not OK. Like, not at all. Not only are you seriously putting your life in danger, you’re putting the lives of the cyclists and even some of the other spectators in serious danger, too. Oh and not to mention the fact you’re giving the UK an even more atrocious name internationally.

5. When you’re in a prison cell and you’re growing tonnes of weed

This photo probably doesn’t need a great deal of explanation. But (assuming it’s authentic) it wins the prize for the most facepalmable photo EVER.

According to The Metro, Marcin Zendarsk smuggled a phone into the Austrian jail he’d been sentenced to so he could ‘watch TV and browse the web.’ But he then made a fatal error of taking a selfie with it, posting it online and grabbing his nearby marijuana-shaped friend to pose with. No Marcin, just no. 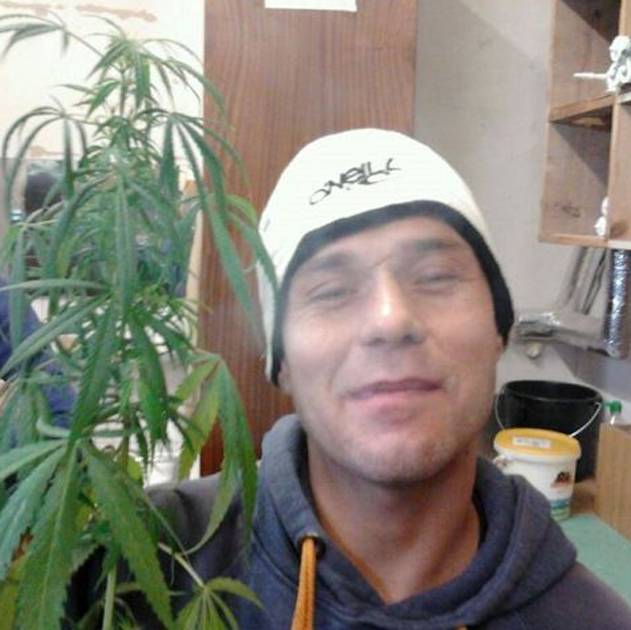 How totally OK is it to take a selfie in prison and pose with a marijuana plant?

It’s not OK on so many levels. The main being that you’ll get yourself in even more trouble by essentially ratting yourself out for even more crimes than you went in there for.

Verdict: Totally not OK (and one of the stupidest things we’ve EVER seen with our eyes.)

Back in January, Ferdinand Puentes took a pretty intense selfie after he jumped out of a sinking plane just off the coast of Kalaupapa, Molokai. 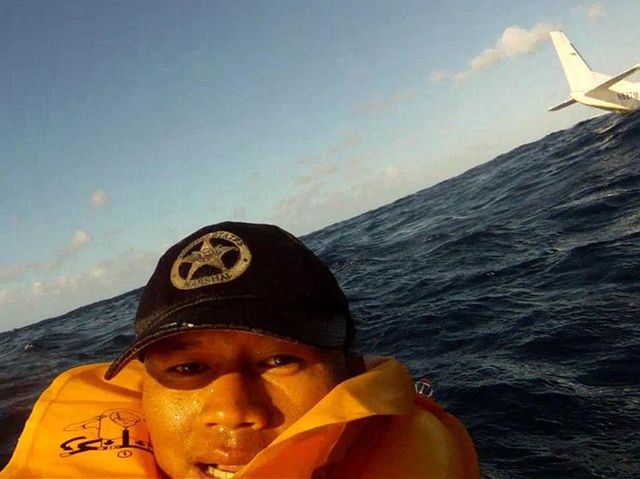 How totally OK is it to take a selfie while you’re bobbing around in the sea after your plane has crashed?

You know what, some people criticised Puentes, but maybe this one is OK? Like a ‘see world, you tried to kill me but here I am, stronger than ever and here’s my pout to prove it!!’ Especially considering no one died that he could have been helping out. Oh wait, we spoke too soon.

Verdict: Sort of OK. (You can at least blame the shock.)

7. When you’ve just stolen a dress (and you’re wearing it in the selfie)

Yep you read that right. This woman stole a dress from Mortie’s Boutique in West Frankfort, Illinois, (as well as some sunglasses, shirts and necklaces). But instead of laying low, she decided to celebrate her new ‘petty criminal’ status by posing for a selfie dressed in the stuff she just lifted. 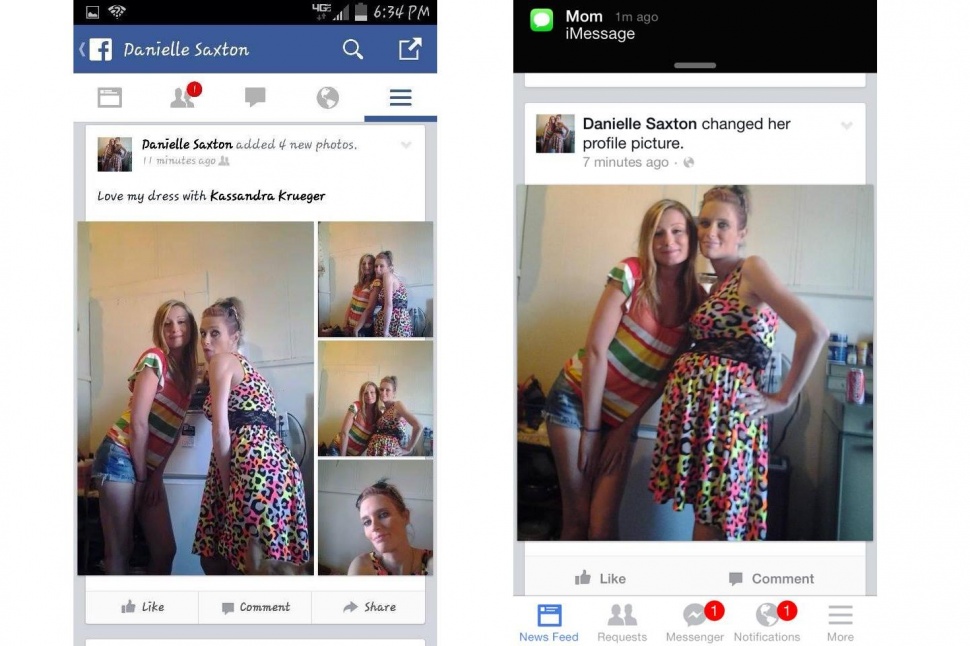 How totally OK is it to take a selfie wearing some of the stuff you’ve just stolen?

Well, it’s up to you. If you value your freedom, don’t wear any of the stuff you’ve just lifted. If you secretly want to be caught out and/or you’re really, really stupid.

8. When you’ve just stolen weapons, money and drugs (and you’re posing with them all in the selfie)

Same story as the above really, but about 100,456,342 times worse, because these dudes aren’t posing with accessories and terrible sartorial choices that they’re just stolen, but a load of highly illegal stuff. 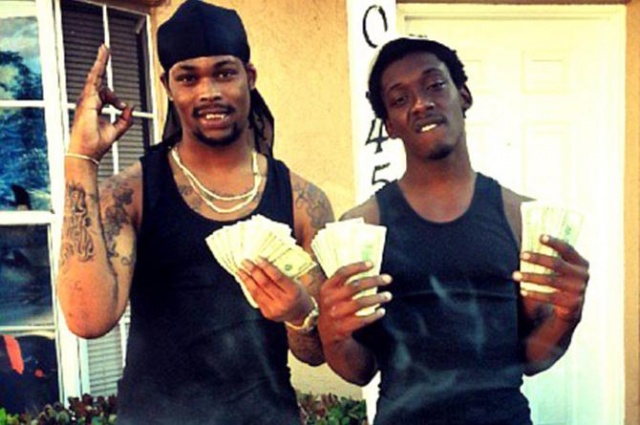 How totally OK is it to take a selfie posing with some of the drugs and weapons and stuff you’ve just stolen?

Again, same as the woman above. If you don’t want to be locked up in jail, don’t pose with drugs and weapons full stop. In fact, while we’re handing out advice, don’t go near them at all, let alone pose with them.

9. When your sister’s on her way to jail

I’ll let the Kardashians do the talking for this one:

How totally OK is it to take a selfie when you’re a spoiled, but somehow still totally fabulous reality TV star with more money than sense who is in the car while her sister is being taken to jail?

Ermm we’re not sure, but if Kim did it we’re going to go with no.

So to sum up, here are some of the times it’s totally not OK to take a selfie:

1. If you put your life or the lives of other in danger.

2. If you and your duck face are being massively disrespectful.

3. If taking the selfie is likely to get you jail time.

Main image via yugiben on Imgur.