You know how they say pets look a little like their owners? Well awesome surrealist photographer Sebastian Magnani has taken that idea to a whole new level by combining a number of photographs of cats with selfies of their owners. The results? Well, take a look for yourself at the gallery below, but we think they’re all brilliant, bizarre and yet utterly terrifying.

According to PSFK, Magnani travelled all over Switzerland collecting the photos of cats and their owners and then spent around eight hours editing them together.

If the photos ring a bell, it might be because Magnani has already utilised his anthropomorphic skills in a series called ‘Underdogs’, which as you’d expect is the same thing, but dogs and their owners are merged instead. 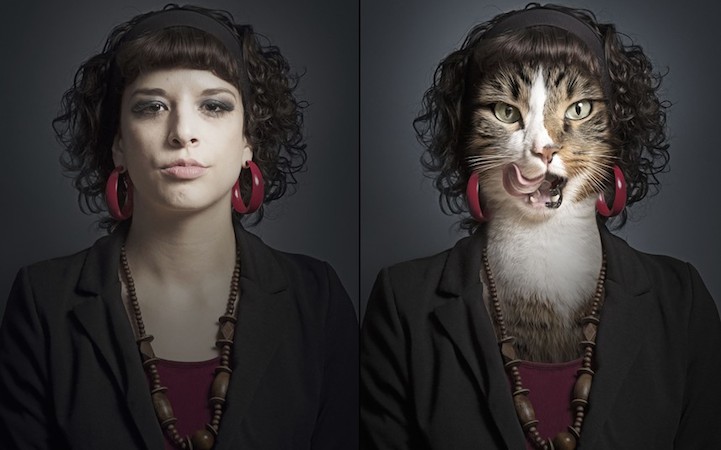 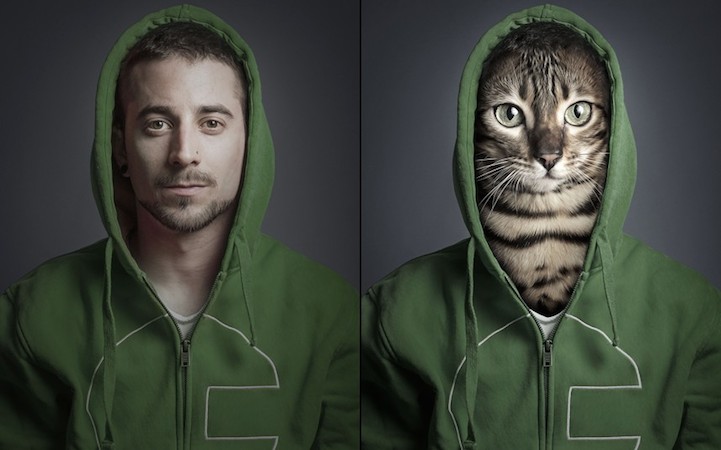