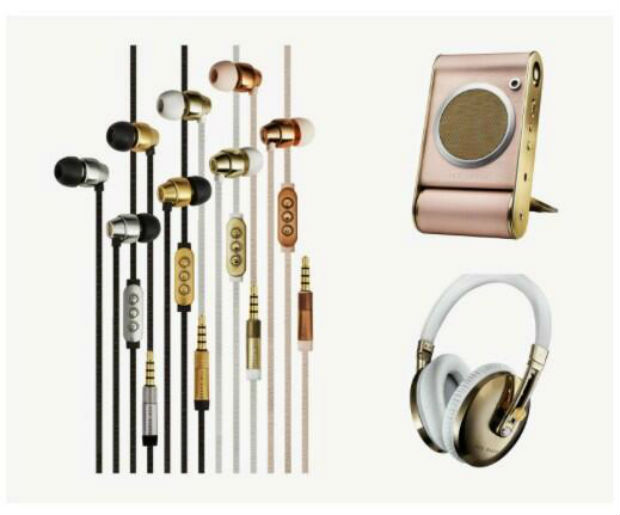 We love gadgets and we love Ted Baker, so we’re really excited that the clothing company has announced its own portable audio range, including headphones and a Bluetooth speaker. And they look just as great as we’d hope.

Given the traditional British resonance that Ted Baker is known for, the new devices are all named after parts of The Shipping Forecast, and stick with the company’s usual quirky style.

The Rockall is an over-ear headphone model that claims to have sought its industrial design inspiration from the cockpit of a Supermarine Spitfire, fusing a leather look with brushed metal finishes. What’s great about them as well is that they fold up, and have detachable cables.

The Dover model are Ted Baker’s in-ear headphones and offer a range of colours, with both promising great audio quality.

Lastly, Ted Baker has released the Fastnet Bluetooth speaker, that also keeps to the retro feel, fusing leather and metal together for the distinctive design.

The Fastnet will also double as a speakerphone and offers a 3.5mm connection in addition to the apt-X enhanced Bluetooth. It promises 6 hours of music, perfect for that summer picnic, although not in this current British weather.

We’re hoping that this isn’t just a case of sticking a logo on a set of headphones, but actually delivers in the sound too. We can definitely say that, on design alone, this range looks pretty cool.

The Ted Baker Fastnet Bluetooth speaker will cost you £199.99; the Rockall headphones will cost £179.99 and the Dover in-ear headphones are £59.99. Find our more about the Ted Baker audio range at TedBaker.com.

One thought on “Ted Baker has made an audio range, and it's as stylish as you'd expect”