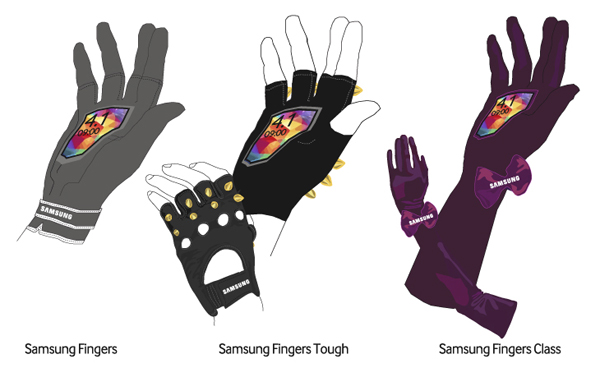 We all know the wearable tech industry is an exciting space at the moment, but it’s also filled with a lot of hype and gimmicky gadgets that we don’t even want to look at, let alone strap to our bodies.

Those working in tech are well aware of how their buzz-words sometimes come across, which is why brilliant sites like What the F*@! is My Wearable Strategy? exist. But today (April Fools’ Day) both Samsung and HTC took it one step further and decided to wade in on the joke too, revealing that they’ve been working on pairs of super smart, connected tech gloves.

Samsung announced Samsung Fingers and HTC went with the Gluuv, both touting features that are funny because they actually could be very real, like Wi-Fi capability, built-in cameras, speakers, solar charging, thermal tech and music integration. As well as more ridiculous ones, like Talk to the Hand mode and flatulence auditory reproduction – yep, apparently tech guys have the humour of eight-year-olds, who knew?

April Fools’ Day is always a bang-your-head-against-your-desk mix of kinda funny and kinda irritating, as tech companies scramble to be hilarious when it’s clearly not in their nature. But, we did LOL to ourselves (silently and not for very long) at the fact both Samsung and HTC decided to go down the wearable route. The big question is are tech gloves really all that hilarious and impossible?