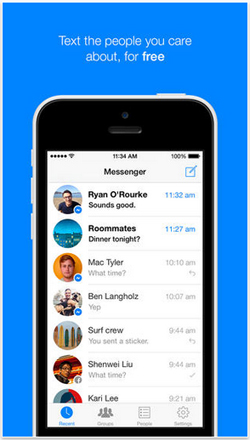 Have you ever had a conversation with someone who hasn’t downloaded the Facebook Messenger app? Facebook is so keen for everyone to have it that it peer pressures you into telling them to get it – not that any of us do. Well now Facebook doesn’t give these users a choice anymore, because it’s killing the messaging functionality within Android and iOS apps, forcing people to app for the standalone Messenger if they want to chat with their friends.

TNW spoke with a Facebook spokesperson who claims the service is 20% faster when using Messenger and that new features are quickly making it much better than in-app messaging, like creating group chats.

According to reports, stubborn users who are yet to download both apps will be given details and reminders about the change over the next few weeks.