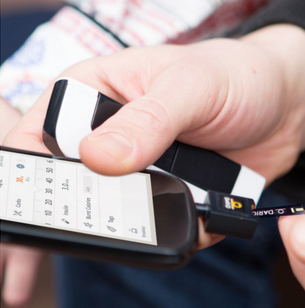 There’s an estimated 347 million people with diabetes across the globe, so it’s no surprise that mobile health companies are looking toward new ways to help those living with the disease.

Dario is a digital platform for people with diabetes and consists of a portable blood glucose monitor, which plugs directly into your smartphone, and an accompanying app, which serves up that all important data about your blood glucose measurements, carb and insulin intake and physical activity levels.

Well now Dario plans to incorporate the FatSecret app into its offering, which provides its users with nutritional information about food types based on their location. Both Dario and Fatsecret believe that combining their tech and expertise could create a more comprehensive lifestyle solution that makes living with diabetes much easier.

The CEO at LayStyle Innovations (the people behind Dario), Erez Raphael, told Wired.co.uk:

“FatSecret provides nutritional information such as carbohydrate and fat content on a broad range of food types, on a regional basis, and such information when combined with Dario’s tools show users how their foods affect their sugar levels.”

Dario hasn’t just sparked interest in regular people living with diabetes, but those in the medical profession are also keen on trying it out given it could provide them with valuable data about their patients.

Dario’s app is due to launch in the US at the end of 2014 on iOS devices, but Dario is already in talks with the NHS on this side of the pond too in order to provide people with reimbursement for the monitor and strips needed to get the app working.