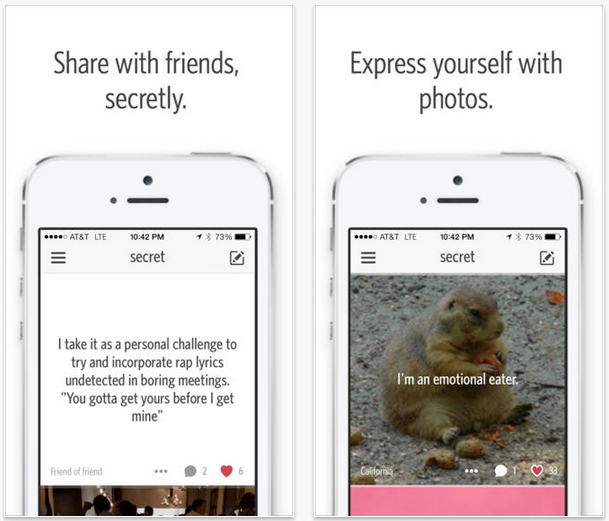 This week Secret is launching its popular anonymous sharing app in the UK, Ireland, Australia and New Zealand, bringing the secretive, school yard-style gossiping that’s made it so notorious in the US to the rest of the globe.

You can’t see anyone’s name in Secret, so you won’t be able to tell who’s posted that pretty salacious rumour/photo/lie, but the app can tap into its users’ address books to tell them if they know the author, or if they’re a friend of a friend. Think Mean Girls played out on your mobile.

According to The Next Web, the app is particularly popular with those in the technology industry, as grown adults take to the anonymous app to spread rumours about startups and Silicon Valley scandal.

However, plenty of regular users not affiliated with a particular industry are actively using anonymous apps like Whisper and Secret – you may remember that Buzzfeed struck a deal with Whisper earlier in the year to mine its secrets, rumours and crazy confessions for stories.

Are you keen to try Secret? Or are anonymous sharing apps just for pre-teen gossip and startup scene scandal?

You can get the Secret app from iTunes for free.