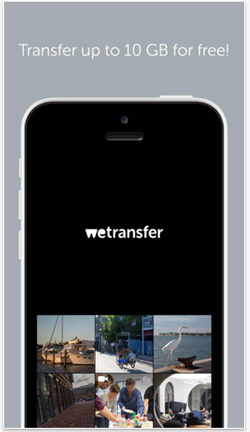 Today WeTransfer has launched an app for iOS, allowing iPhone and iPad users to share 10GB of files from their devices via 3G or a WiFi connection.

Once you’ve downloaded the app the process is really simple, just tap the photos or videos you’d like to send, add in a friend’s email address and then wait as WeTransfer does the rest.

The app can work via both 3G and WiFi and it doesn’t matter if you have to move between the two for one transfer – it’ll handle it seamlessly.

The app itself is free, but WeTransfer Plus users can pay a $10 a month premium to access files in the company’s own cloud.

You can download the WeTransfer iOS app from the app store here.