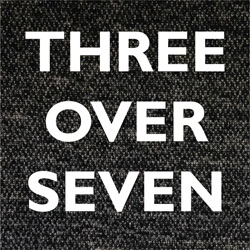 Rememeber Three Over Seven? They’re the footwear guys behind the successful Kickstarter project The Wool Runners, which promised to craft proper running shoes solely from wool! Well now they’re back with a bright new concept that merges our eternal quest for comfy shoes (or maybe that’s just us?) with the futuristic tech of 3D printing.

Three Over Seven is working on a way to allow people to scan their feet using their mobile phones. This scan will then be used to 3D print an absolutely perfect pair of shoes custom-made for your feet. Then as if by magic, the shoes will arrive on your doorstep the next day!

Three Over Seven’s innovative custom footwear proposition was announced as one of the ‘Three New Things’ to be discovered by Virgin Media Business on its search for cool tech products and ideas that could have a big impact on our day-to-day lives.

Although Three Over Seven was one of three winners, it went home with the people’s favourite choice award at a swanky event at the British Film Museum on Wednesday and all of the winners will be receiving one-on-one mentoring with Richard Branson as well as a package of free business telecoms.