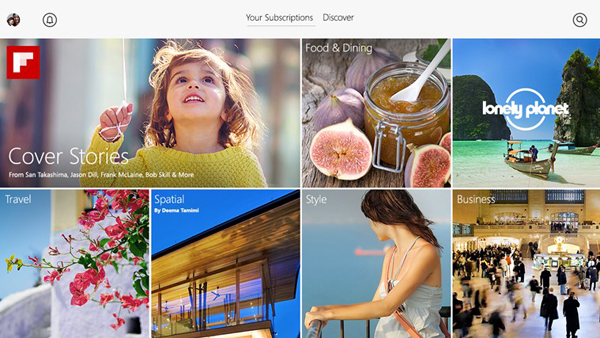 No one has time to sit back and slowly comb through the newspaper each morning, so we’ve collected together our top apps for consuming the news on-the-go from your phone.

We’d recommend trying out a few of them to see which you like the best, whether you prefer to sift through photo-heavy feeds of content, just see the basic facts or watch the main headlines as mini videos.

When Google Reader died (we’re still not really over it yet) most die-hard RSS fans reached for the warm, familiar embrace of Feedly. On the surface it’s just a standard RSS reader, but it’s really customisable – you can choose to browse between content “cards” if you’re a fan of Pinterest, just the titles if you’re in a rush or a magazine-style if like us you want a mixture between the two.

Feedly has a bunch of cool features, like the most popular and shared stories in each of your categories are flagged at the top, you can save things to read later and also share them seamlessly from a computer, phone or tablet device.

Feedly Reader is available on iOS and Android devices.

Remember Summly? We wrote about it back in 2012 when Stephen Fry had tweeted that he was a huge fan and began to obsessively use the clever app to read summaries of top news stories. Well fast-forward to 2014 and Yahoo has gobbled up Summly, closing it down and using its cool super summarising technology for the Yahoo News Digest app.

Although we’re kinda sad to see Summly disappear, the Yahoo News Digest app is just as useful and uses the same algorithm to find the most relevant content. It serves up news digests for users twice a day and all of the key information is summarised and presented at the top, which is great for those who like to skim through the news instead of delving deeply into anything.

If you don’t even have time for an app specially designed to serve up the news to you each day, then we’d recommend following @BBCNews on Instagram. The BBC are trialling a new service they’re calling “Instafax”, which sees them creating 15 second summary videos of a major news story, usually with a video clip or a series of photos and a few sentences of text to explain what’s going on.

One of the most popular on the list and definitely the best-looking, Flipboard (pictured above) is great for those who get bored with text-heavy apps and care more about bringing a newspaper or magazine reading experience to their mobile phones.

Like most of the other apps on the list, you pick a selection of topics that you can about and can then “flip” through the top news stories about them. You can also add in your social feeds too, so you can see mundane updates and selfies from your friends in amongst the important stuff. Flipboard also allows you to favourite articles and even create your own magazine full of the things you care about too.

Circa News, like its competitors, presents news stories in much shorter, easier to digest formats so you can see what’s important and then move on. However, it gets a little different because it actually has a dedicated team of editors behind the scenes serving up summarised content for you. Granted this team of editors has a strong focus on US news, but it’s follow feature is great for breaking news, press to “follow” a story and you’re than updated on when there have been significant developments. Let’s hope a more UK-centric hits our side of the pond soon.

Circa News is available on iOS and Android devices.

Let us know what your favourite news app is in the comments below.