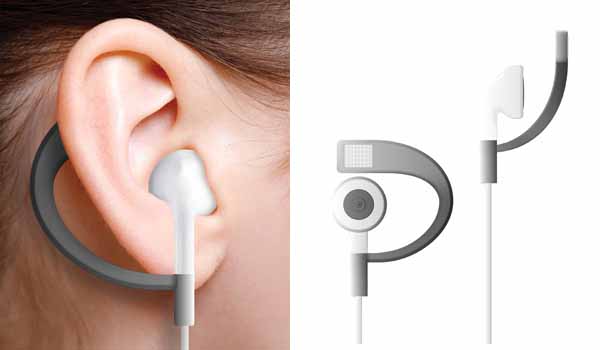 Earlier in the month it was revealed that Apple isn’t just working on an iWatch to track our fitness habits, but also filed a patent for a pair of earbuds that can monitor movements and vital signs through a series of advanced sensors.

The patent reveals that Apple plans on fitting a pair of earbuds with accelerometers for detecting subtle motions, as well as temperature, heart-rate and perspiration sensors to keep an eye on exactly how your body is doing throughout the day and how well it’s responding to exercise.

Interestingly, the patent was filed way back in 2007, but has only just been granted. Of course there’s no way of knowing whether Apple is still taking its earbud tracking plans seriously, but voucher website vouchercodespro.co.uk has worked with a patent and trademark insider to produce a few concept designs to give Apple fans a glimpse of what the new earbuds could look like.

Check out the simple white earbuds that are true to Apple’s current design and the added subtle but sturdy arm that could rest against the skin and track what’s going on under the surface.

Let us know what you think of the concept design in the comments below.