A new survey has confirmed what we all assumed was the case anyway: that nobody really uses landlines any more… and those who do are all really old. 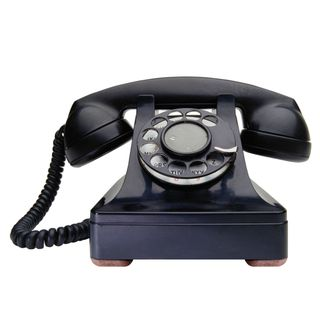 The survey, carried out by cable.co.uk, spoke to 4000 people and found that 62% of UK consumers under 45 years old never use their home landline.

Conversely, of everyone surveyed 29% said they use their landline every day – with 14% never picking up in the first place. The latter stat isn’t too surprising if all you get on your landline is PPI calls.

Aged between 16 and 25 it is just as stark: only 43% of them use their landlines at least once a week, with 27% never picking up the dog & bone. The only group found to use landlines more than mobiles were the over 65s – with 64% have daily landline calls.

What’s interesting too is that according to the website that carried out the survey, apparently despite the volume of mobile calls eclipsing those on landlines every year since 2010, the cost of line rental has steadily increased anyway. Presumably the phone companies are treating this as a tax on your broadband connection – no one wants a landline but is forced to in order to have internet.

So there we have it – just as you’d expect, landlines are slowly dying – and what’s especially satisfying is that this news reinforces your prejudices. It’s like scientists conducting a study and concluding that yes, your favourite band’s earlier stuff definitely was better after all.