With a lot of technology coverage, it can be easy to get lost in a shower of acronyms – and if you don’t know your RAM from your 802.11n, picking a new phone can get awfully confusing. So let’s go back and look into it – what exactly is 4G? 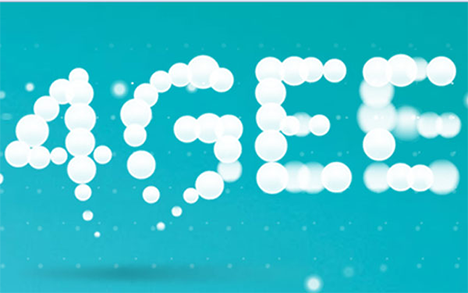 “4G” is the name given to the fourth generation of mobile phones. The generations are measured by the type of connectivity available on each phone – so chances are at the moment you have a 3G (third generation) phone, that can do things like access the internet and stream video to your handset.

You may remember the second generation of phones – but unlike 3G, “2G” was never used as they were the generation when mobile phones first hit the big time – when everyone first got one. First generation phones were the massive bricks that business people in stock footage of the 1980s used to carry around. We’ve come a long way since then.

What’s the difference between 3G and 4G?

Essentially – speed. 3G phones were the first generation to really use the internet in a big way, and 4G handsets build on this. They can access the internet at much greater speeds – comparable to a fast home broadband connection, rather than the slightly slower 3G speeds that we’re used to. Chances are in the future when more people are on 4G we’re going to see the continued explosion of high quality video and music streaming as more bandwidth is available.

At the moment 4G is only available in a limited number of areas, but is being slowly rolled out across the country. EE’s 4G network, for example, is now available in over 100 towns and cities around the UK. Eventually 4G networks will cover 99% of the country (and in the meantime, your phone can still use 3G).

I keep seeing LTE all over the place? What’s that?

LTE stands for Long Term Evolution, and is the name for the technological standard that underpins 4G. Much like how all electrical devices have the same power plug on the end, LTE is the set of technical criteria that 4G smartphones must meet in order to work with the 4G networks.

What phones work with 4G?

Most phones manufactured in the last year or so will support. Some 4G handsets include the iPhone 5, 5S, and 5C, as well as the Samsung Galaxy S4, Galaxy Note 3, and the Sony Xperia Z Ultra. Essentially, if you pick up a suitably modern phone it will almost certainly support the new standard.

Our friends at Gizmodo are currently running a competition, looking for people to test a whole bunch of 4G phones on their 4GEE network over a three month period. You can find details of the competition here.

One thought on “How to pick a 4G phone. Enter competition with EE and test out latest models”