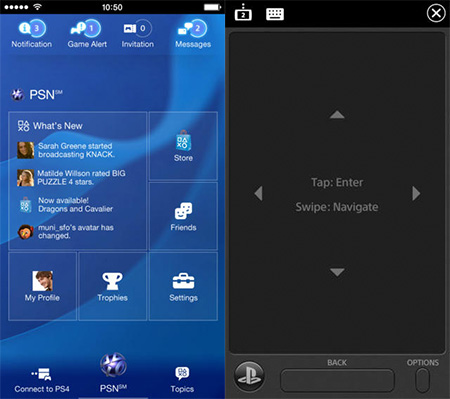 Very excited about the launch of Sony’s PlayStation 4 later this month? Well you can whet your appetite a little by downloading Sony’s new PlayStation app for iOS and Android which has just the respective app stores.

The exciting part is that the new PS4 enables second screen content so you will be able to interact with the game through your mobile. This might be a game map or some extra control options – it is obviously down to the developers. You can also use the app to buy games which will then be ported to your console.

The app also has PSN chat as well as and you can use the app to control the console which is every useful for things like harnessing your phone’s keyboard rather than the one on the controller.

The app is very similar on both iOS and Android and is designed to have the look and feel of the new console.