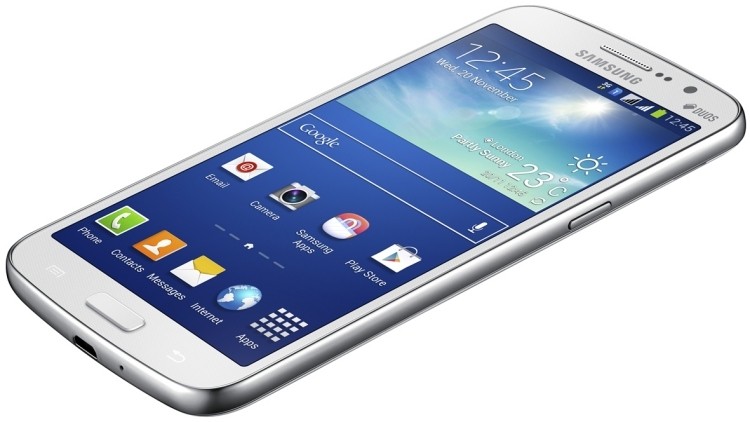 So, after the Galaxy Note 3 and the Galaxy mega Samsung has announced the impending arrival of yet another large screen mobile, The Galaxy Grand 2 boasts a 5.25-inch display with a resolution of 1,280 x 720 with a 16:9 aspect ratio.

It also comes with a quad-core 1.2GHz processor, just 8GB of internal flash storage and a 2,600mAh battery with a promised 17 hours of call time and 10 hours of video playback. There is also an 8-megapixel rear camera which is accompanied by a slew of Samsung software features like Best Face, Best Photo and Continuous Shot.

It comes in white or pink and features twin SIM card slots but is not 4G compatible.

I guess this is Samsung offering a lower specced cheaper big screen phone largely for buyers in emerging markets. There are no details yet on whether the handset will be available in Europe or the US. I hope they do bring it over as I think it could tempt some British buyers who liked the idea of the Galaxy mega, but may have been put off by its non Quad core processor.