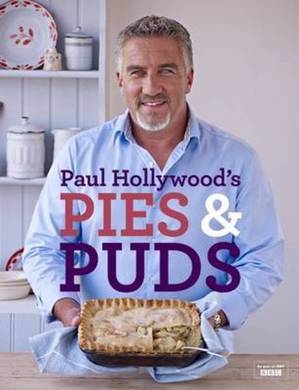 It seems shows like The Great British Bake Off, featuring Paul Hollywood (right), are leading us to splash out more on kitchen gadgets investing nearly £700 every month turning our kitchens from drab cooking spaces into high tech showrooms.

More than 82% of those surveyed by Currys and PC World admitted to forking out on their kitchen every month with 15% spending between £300-£650 a month on kitchen gadgets, including top-end mixers, such as Kenwood’s Patissier Food Mixer, and colourful Dualit toasters.

60% of shoppers revealed they shelled out on premium-branded kitchen products, such as those by KitchenAid, Bodum and Nespresso, over basic kitchen tech.

Around 1 in 3 of Brits owns a coffee machine, with 65% now making home-made smoothies using their own blender, or a juicer.

Currys & PC World’s latest study shows that technology in the kitchen is rising most quickly among the younger generation with 18-24 year olds updating their kitchen tech more regularly than any other generation. When asked what type of gifts shoppers were purchasing this year for Christmas, it was revealed that 8 in 10 Brits are now buying practical gifts for their loved ones over more traditional toys and games.

Says Currys & PC World spokesperson Ben Lovett:
“It’s no real surprise that people are investing more in their kitchens with the surge in popular cooking shows such as The Great British Bake Off, Rick Stein’s India and Nigel and Adam’s Farm Kitchen. We’ve seen a greater demand for quality kitchen gadgets and a rise in sales. We are expecting to see a lot of consumers stocking up on kitchen gifts this Christmas especially seeing as practical gifts seem to be the most popular.”

Interestingly people in Scotland, Northern Ireland and Yorkshire are more likely to see their kitchen as a showroom than any other region, with over 50% of residents there having a TV in the kitchen.