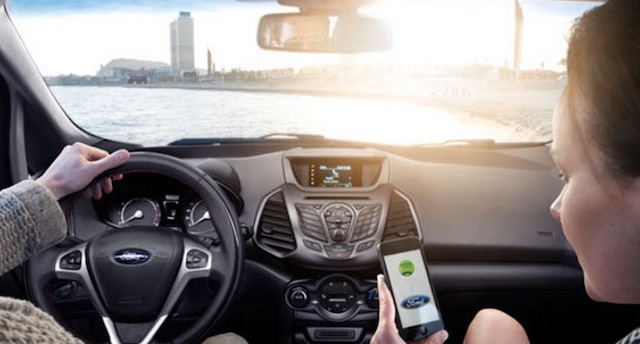 Ford has one upped the ante in the way cars are integrating consumer technology by revealing a host of new apps for its AppLink system at IFA.

AppLink (which essentially connects a smartphone to Ford’s SYNC connected dashboard system) now works some really interesting content company and service providers including Spotify, Tom Tom and Hotels.com. They are mainly activated by the users’s voice.

Other new additions that debuted at IFA include apps from ADAC, Eventseeker, Audioteka, DIE WELT, Cityseeker by Wcities, Autoread and AskWiki. Users can now search for new apps via a catalogue that Ford will be introducing soon. There are apparently over a million cars across the globe that have been kitted out with with AppLink-enabled dashboards on the road around the globe.

The company has also made the significant move of opening the API to developers to create their own apps.

“The opportunity really is to embrace the creativity that exists out there”, said Ford’s Jim Buczkowski, director of electrical and electronics systems today.

“Smartphones have created a platform for individuals and small groups to become innovators and really focus on consumer needs. The strategy we have with AppLink is to create a platform and interfaces that allows those developers to develop their applications and experiences from a phone and allow them to work in a vehicle.”

It will be interesting to see how other car manufacturers respond.