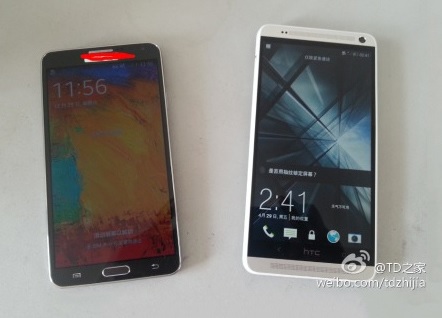 Chinese social network Sina Weibo has published these images of what it claims is the device alongside Samsung’s 5.7-inch Galaxy Note 3 and it does seem to suggest that the mobie will have a 5.9inch screen .

Other features that are also being suggested are a 1080p display, a 3,300 mAh battery, a Snapdragon 600 processor, and 2GB of RAM. The rumours also say that the large version of the HTC One won’t share its smaller sibling’s key features- that stunning aluminium screen and instead will be made from a combination of plastic and aluminum.

One thought on “HTC One Max pics leaked”