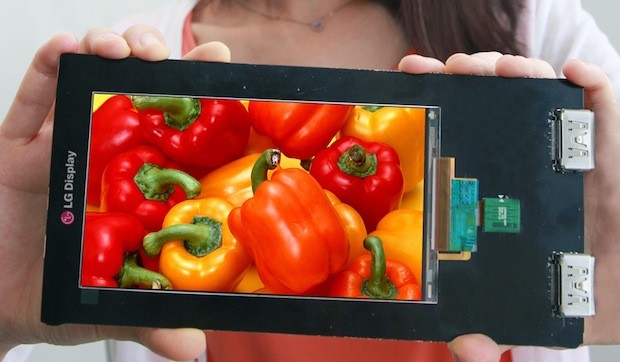 We are only just getting used to Full HD displays on mobile and now LG has come and upped the ante even further. The Korean maker has just announced that it has developed the world’s first Quad HD (2,560 x 1,440) smartphone display – this makes it four times higher res than standard HD. It also boasts the highest pixel density of a mobile device, coming in at 538ppi.

The panel is a fully fledged Phablet coming in at at 5.5-inches and it is slim too at just 1.21mm – which LG claims makes it the world’s slimmest.

Another key difference is that the LG panel will apparently ‘enable users to enjoy a full view of PC-version web pages at a single glance without image distortion; a contrast to current Full HD displays which only realize 3/4th of a full screen. ‘

LG also claims that even when the screen is enlarged users will be able to see undistorted and sharper text.

It will be interesting to see which phone gets it first.