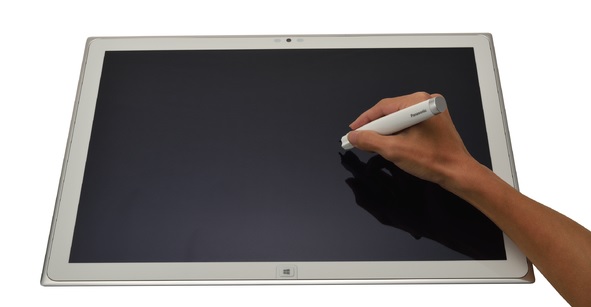 At CES in January Panasonic unveiled a 20inch 4k tablet. At IFA it looks like it will return with an upgrade on the concept with a thinner and lighter screen. It will apparently still have plenty of features including a 1.5GHz Intel i5 processor, Nvidia GPU, 4GB of RAM and a 128GB SSD. And like its predecessor it will run Windows 8.

The original 20inch tablet was billed by Panasonic as a paper replacer and was aimed largely at the professional/business market. However it was quite possibly too heavy to kill off the pen (putting it mildly), hence the lighter version this time round.