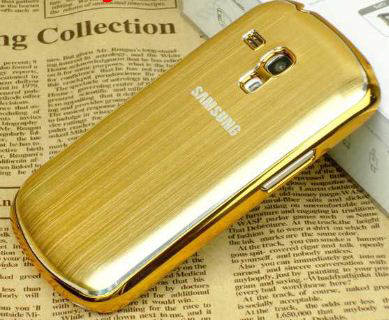 Well it has been a while since the Samsung Galaxy S4 launched so it is about time we started hearing rumours about what the Korean maker might have up its sleeves for its successor.

And straight in comes ETNews which claims that Samsung may be looking to use a metal chassis on its next flagship smartphone.

I am guessing here but I would imagine the one thing that has Galaxy S4 owners looking jealously over their shoulders at iPhone 5 and HTC One users is their lovely metallic finish. So a metal chassis on the S5 really is an obvious move.

ETNews also claims that Samsung is looking to start a production line later this year and is experimenting to minmise the effects of a metal housing on things such as antenna reception and expandable storage.

It is however unlikely that we will see the S5 until at least the middle of next year, but a metallic phone, with a 20 mega pixel camera and shed loads of innovative new features would be just the ticket.