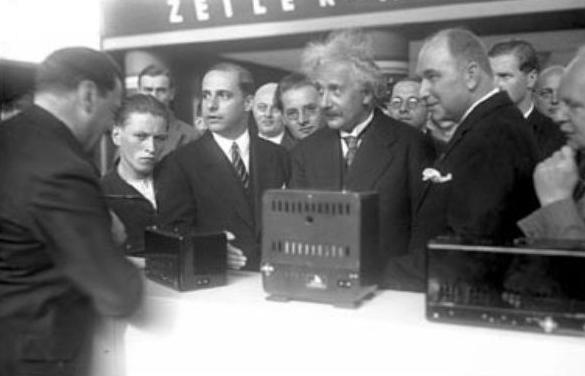 If you are off to IFA next week you are following in the footsteps of some tech giants. For back in 1930, when the Berlin exhibition was known as the Great German Radio and Phonograph Show, the star turn was none other than Albert Einsten.

The show marked the debut of a prototype ‘television receiver a full year before broadcasting begin in the country (a couple of years after the UK).

1930 was the era of the Wiemar Government in Germany, which sadly ended with the election to power of one Adolf Hitler in January 1933. The Nazi’s anti-Semitic polices lead Einstein to leave the country and become a US citizen.