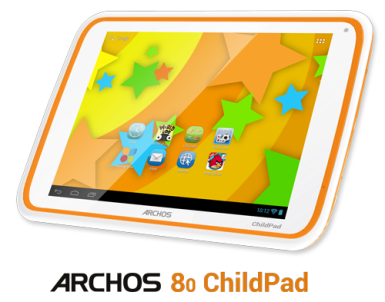 ARCHOS, which these days bills itself as a pioneer in Android devices, has just announced its product road map for the rest of the year. It has lined up a series of gadgets all of which will make their public debut at IFA next week.

They include Android-based smartphones, the Platinum range of high-end tablets, bespoke tablets for children and gamers and the odd 3G tablet.

Kicking off with the mobiles then all the brand’s new handsets will feature pure un-skinned Android OS and Google Certification. Top of the range is the ARCHOS 50 Oxygen which features a full HD IPS screen, Quad-Core CPU at 1.5 GHz, 16GB storage, Android 4.2 and 13MP back camera and a 5 MP front camera.

Slightly cheaper is the Titanium range, which kicks off at £99 for a 4 inch device, and will feature Dual-Core CPUs, Bluetooth, GPS, Dual SIM card slots, Android 4.2, 5MP back cameras and 0.3 MP front cameras.

As for the tablets ARCHOS is introducing the Platinum range, which boast a smattering high-end features including Quad-Core processors, sleek Aluminum designs, wireless display technology and IPS screens up to 2048 x 1536 running Android 4.2.

There is also the Gen11 tablet, the ARCHOS 101xs2, which is powered by a quad-core processor with HD IPS screen and also features front-facing dual stereo speakers and ARCHOS’ magnetic keyboard functionality.

As for the dedicated tablets the new ARCHOS ChildPad range features a user interface designed for kids, including Google Playstore access which is especially filtered for children and incorporates full parental controls. The device will run Android 4.2.

Also coming is a tablet aimed at gamers – the ARCHOS GamePad 2. ARCHOS isn’t saying a great deal about this for now other than it claims it will be the ideal mix between a gaming console and an Android tablet.

The company also has a range of connected tablets that are 3G compatible.

The ARCHOS Xenon Range of 3 tablets will all feature HD screens, up to Quad-Core CPUs, and will run Android 4.2 offering 3G connected devices cheaper than Apple or Samsung Wi-Fi tablets.