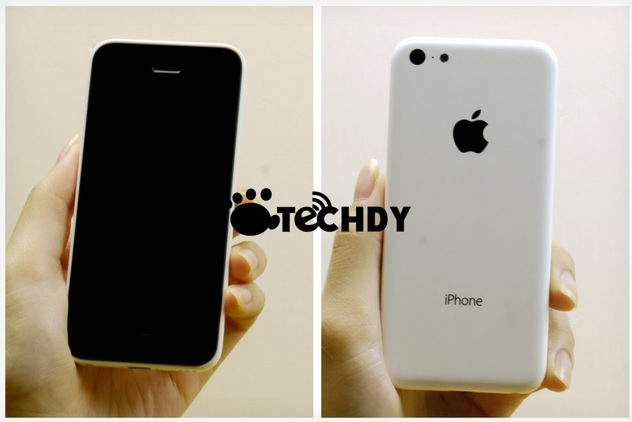 The internet has seen a bit of glut of pictures recently of the supposed budget iPhone. Some have the new handset as being a little like the iPod in design and featuring an array of plastic coloured shells.

Well here’s another possible elak to add to that list courtesy of the site Techyd. It has this pic which shows a handset with a four inch screen. In many ways it looks fairly similar to the iPhone 5, but its displays just about it.

It is also made from plastic, which would be in keeping with its apparent budget status – sports a lightning port, speaker holes and a headphone port.

On the rear is what looks like a camera, LED flash and microphone.

So what do you think? Hard to say but I am not sure this is the real budget iPhone? The company has a pedigree in producing, for want of a better word, knock offs of new handset. Might it be a mocked up fake? Well we will know soon enough.