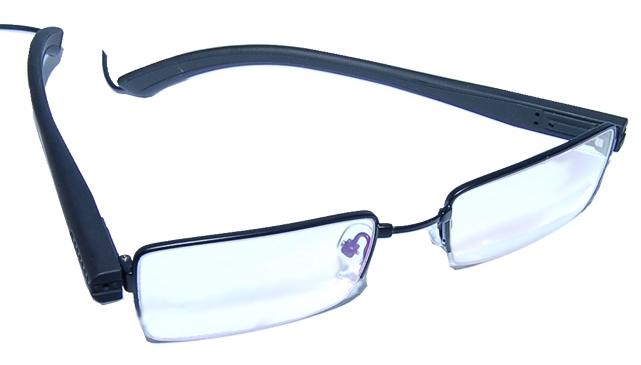 As you probably already know Google’s Glass is a gorgeously high tech product that have huge number of uses from offering sat nav type directions to enabling a person to have instant access to emails.

Except that the good old Daily Mail thinks that we will only be using them for one thing. Its take on the glasses is… Google’s sinister glasses will turn the whole world into search giant’s spies.

But of all the promised features of these spectacular specs, it is the glasses’ ability to take pictures and shoot video footage and upload it instantly to the internet that is proving most disturbing.

Some fear candid camera snooping will become all too easy when no one realises that the person simply looking in their direction is actually filming them.

While the paper frets about Google Glass it really ought to have noticed that spy specs have been on sale in the UK for a while now. And they are getting rather sophisticated too.

Take this model which on sale via Online Spy Shop.

They are basically rather ordinary looking specs that house a camera that can archive up to 90m minutes of colour video. And once again the person you are filing almost certainly won’t know that they are being captured on video.

The smart bit is that the cable runs from the rear frame of the spectacles and down your collar to plug directly into the matchbox DVR which is hidden in a pocket or under clothing.

Google Glass is expected to retail for at least £1000 when they go on sale later in the year, these costy just £438 and are available now.