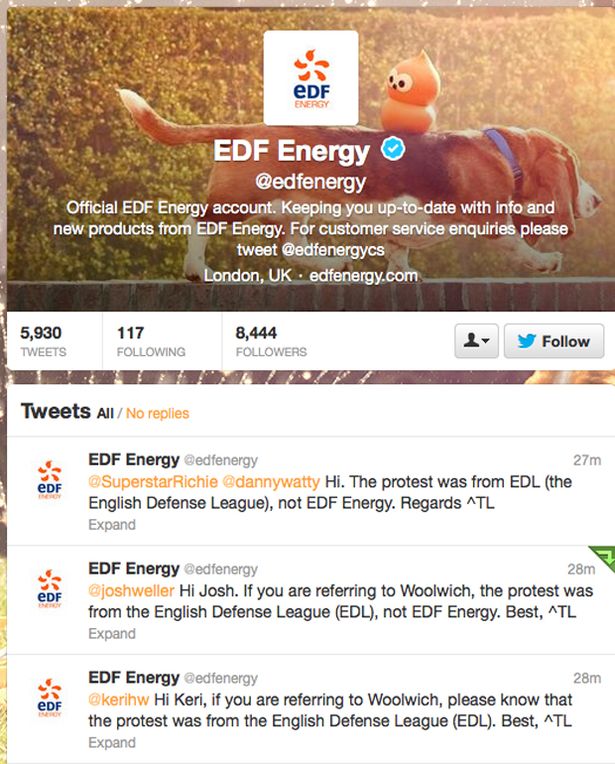 You have to feel just a little bit sorry for the person running EDF Energy’s Twitter account this morning. It sounds like they have been besieged by tweets angry about the behaviour of the protest group the EDL – English Defence League.

So EDL and EDF Energy – that’s quite a significant mistake to make. For the record the EDF account is @edfenergy while the EDL is @Official_EDL. So now you know.

It isn’t of course the first time that tweeters have got a bit confused. Here are some more examples.

1 @RVP – For a few days earlier in the year Indian IT consultant Ravi Visvesvaraya Sharada Prasad became one of the most popular men on Twitter. That’s because his name @RVP was construed by people who hadn’t quite done their research to be the Twitter name of that treacherous harlot/Premiership winning striker (delete as appropriate) Robin Van Persie. The best gag of the whole episode came from one tweeter who mimiced the United cry for RVP by saying of the Indian IT guy – ‘he consultants when he wants.’ 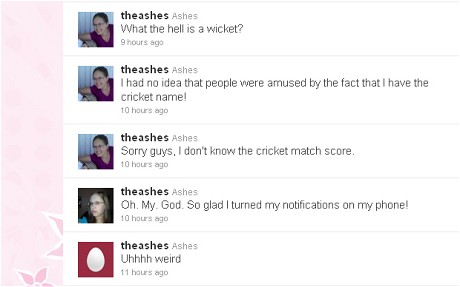 2 @theashes 22 year old American Ashley Kerekes got ever so slightly annoyed when during the 2010/2011 England Vs Australia cricket series fans kept tweeting about The Ashes @theashes rather than #theashes. Still don’t feel too sorry for her as she got a nice trip to Australia to learn all about the game.

3 @chrishoy – The England cyclist got a shed load of abuse from, bizarrely enough Spurs fans in late 2011, when they mixed him up with the referee Chris Foy.

4 @JohnRobinson is a social media type who specialises in media journalism. He has never made a rap record, but tweeters have on occasion told him how great it as doing it.