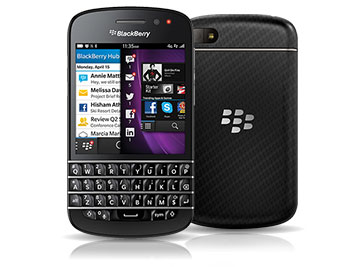 Good news if you are one of the many people waiting to get your mitts on BlackBerry Q10 – the OS 10 handset that comes with an old school QWERTY keyboard. The device has just gone up for pre-order in the UK via Vodafone.

The handset will be available from free to around £37 per month.

It will be fascinating to see how successful the device is. BlackBerry initially reported good sales of the Z10 (the one without the keyboard) in the UK, but there have been rumours that it isn’t faring so well in the US.

Might it be that hardcore BlackBerry users have been waiting for this phone as they don’t want to sacrifice the keyboard which in many ways makes the device unique.

Personally I think BlackBerry missed a trick with its recent launches. They should have opted for a big screen device with a keyboard. I think they could have then had a huge cult hit and a totally unique device.