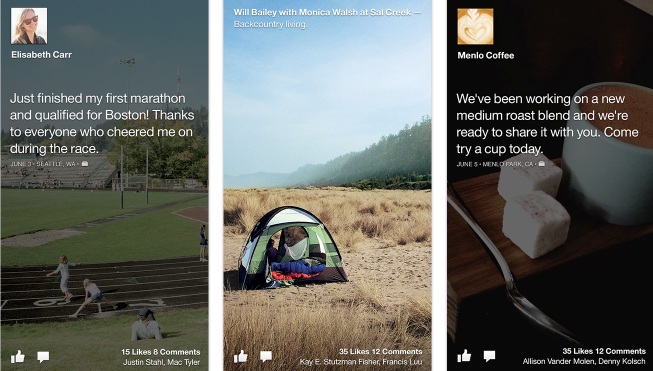 There’s a good bit of gossip over at Bloomberg. The news site has a scoop on the future of Facebook Home – apparently it is coming to Apple’s iPhone.

The user interface, which has been optimised to work with Android devices and debuted on the HTC First could hit the iPhone later in the year.

Talks between Apple and Facebook are ongoing, but the news site had this to say

After debuting the software, called Home, for Google Inc. (GOOG)’s Android operating system earlier this month, the operator of the world’s biggest social-networking service is speaking to Apple and Microsoft Corp. (MSFT) about expanding to other platforms, Adam Mosseri, director of product at Menlo Park, California-based Facebook, said in an interview on Bloomberg West yesterday. The talks are ongoing and nothing has been finalized.

The sticking point is likely to be that Apple has a much tighter control over the applications that it passes for the iPhone than Google seems to have for Android phones.

So it could be that it won’t be the full version of Home that arrives on the iPhone but a cut down version instead.

Cnet has lots of reasons why it thinks it might not happen, but if Home is a success I think this is one app that Apple will work hard to get an agreeement with Facebook on. The last thing Apple needs at the moment are high profile popular apps that are only available on Android.