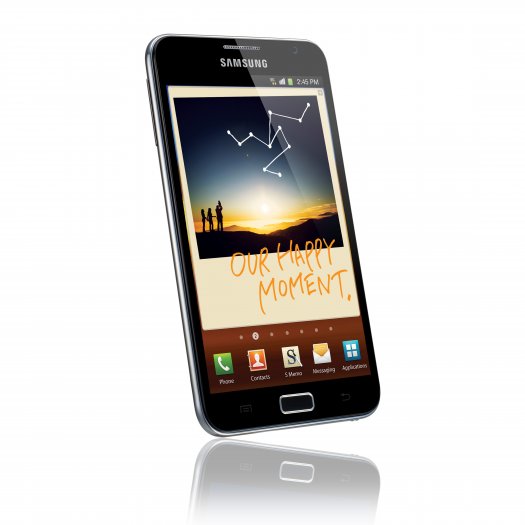 A couple of years ago at the 2011 IFA exhibition in Berlin Samsung unveiled a phone that even by its own admission was deemed a bit of an experiment. They paraded the first version of the Galaxy Note.

The phone was unusual for two reasons. Firstly it came with a stylus. Now styluses were common on larger phones in the mid noughties but no one had added one to a mobile since. And in spite of Samsung’s gushing about how it could be used creatively not too many tech pundits seemed that interested.

A few more enlightened pundits though were rather impressed by the size of the phone’s screen. At 5.3inches the Samsung Galaxy Note had the biggest screen on a phone at the time. Sure Dell had shown mobiles with 5 and 7 inch screens on its Streak devices, but there was something about the Galaxy Note’s screen that helped it stand apart.

What was happening at that time at the end of 2011 was that the fundamental shift of people using their phones less for voice and more for web surfing, reading ebooks and watching video was actually becoming a reality. And people began to realise that a bigger screen made that experience a lot easier and a lot more pleasurable.

Ultimately the positive reaction to the screen caused Samsung to think once again about screen size. Here at last was a way of differentiating their handsets from those of Apple.

So when the third iteration of its Galaxy S Series handset was launched it sported a 4.8inch screen that way way bigger than the 3.5inch one on the iPhone 4s.

Apple had completely missed the point about screen size. Perhaps it thought that offering larger screens would undermine sales of its iPad tablet? Or maybe it thought bigger screens on handsets was a passing fad that only tech heads would want to accommodate a phone that large.

It is fascinating now that the Samsung Galaxy S 4’s screen isn’t that much smaller than the original Galaxy Note (the next version of which is likely to have 6inch screen). So the screen on the phone that started life as an experiment has now become mainstream.