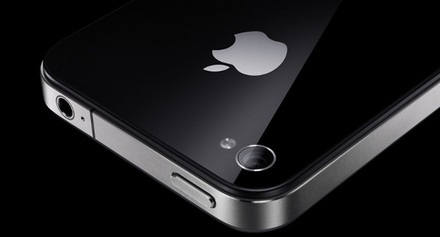 For a long time now we have been told that the future is about NFC readers and that one day they will enable your phone to pay for things which are then billed to your account.

But The Boy Genius blog has an interesting take on how Apple might be positioning itself as the company which makes this happen.

On the day that and analyst reported that the iPhone 5S would boast a killer feature that the financial world would love BGR speculates that that killer feature is a finger print reader.

And the reason why Apple is adding it to the spec of the iPhone 5S is to enable the phone to act as a very secure credit card payment system.

So here’s the scenario, you use the NFC system to pay for something, but the purchase is valdiated by you touching the screen with your fingers to activate the fingerprint reader.

You will then be charged for your purchase via your iTunes account.

The BGR speculates as to how Apple will make the money

It could either be charged to the merchant, or even out of what traditional payment processors currently charge. How and why would this happen? There are a couple of scenarios, but just think of what Apple could do in regards to preventing fraud and chargebacks to merchants. These factors can be anywhere from 5-20% of the cost of doing business (even much higher for riskier categories), and Apple could virtually eliminate all fraudulent purchases and chargebacks by requiring the iTunes account holder’s fingerprint for every single transition.
That alone would be worth an additional 0.5% or 1% on top of what a merchant pays to their providers now. And what if Apple was able to guarantee funds to a merchant within hours after a purchase is made instead of days or weeks? These are just a couple of ideas regarding what Apple could do in this space if the company decides to enter it.

From a financial perspective this sounds very interesting. If Apple can grab even a small slice of the financial transactions that go one daily its stock will once again rocket. The system would also be tricky for other makers to copy too, though I guess Samsung could respond by offering the same feature via Google Play.

The question is though will it work from a consumer point of view. Would you want to use your phone to make payments?

Personally I wouldn’t be that bothered. It would be good to have the option, but to be honest I’d prefer to keep track of what is coming out of my account via my card than have loads of purchases lumped through iTunes just because paying by phone would be a nano second quicker than paying by card.

But that’s me – what do you think? Does that make me a Luddite?