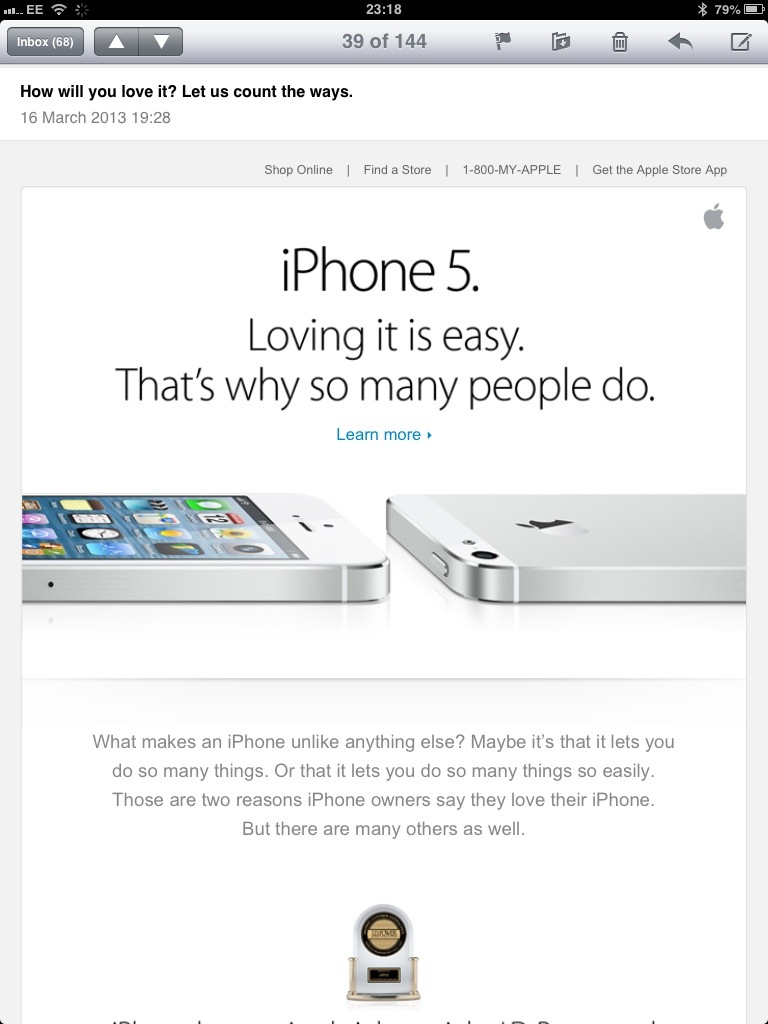 There’s a very interesting story over at Mobile Industry Review which concerns an email that appears to have been sent to Apple iPhone 5 owners in the UK.

The email, which was sent to the editor Ewan MacLeod, had the subject heading of

How will you love it? Let us count the ways.

And it then went through a list of reasons why the person was right to buy an iPhone 5.

Coming off the back of the Samsung Galaxy S4 launch this Apple email looks pretty desperate. This isn’t the brand that sets the agenda and are little for what the competition does.

It follows the rather strange series of interviews given to US news sources by Apple company’s marketing chief Phil Schiller in which he vociferously attacked the new Samsung handset in a manner which suggested that the company were rattled by its launch.

Apple fans want to hear how the brand is going to take on Samsung in the future and not be told why they bought a phone in the past, which some pundits claim has been significantly superseded by a model from a rival.

It seems like what was once the world’s slickest marketing team has made another odd, and some might say, desperate move.

One thought on “Is Apple's bizarre response to the Galaxy S4 (Schiller interview/weird email) tarnishing the brand?”