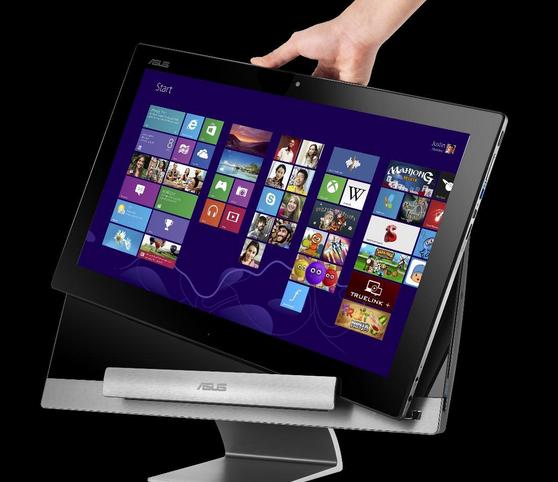 Trend alert. Desktop PCs that can moonlight as tablets. Well it had to happen and ASUS claim to have got there first.

They have just released the Transformer AiO, which it is billing as the world’s first All-in-One PC with a detachable display that can also be used as a standalone tablet.

So for money your get a desktop PC Station with a 3rd generation Intel® Core™ desktop processor and a detachable 18.4-inch display with its own NVIDIA® Tegra® 3 quad-core processor that can be used as a self-contained tablet that runs both Android 4.1 and Windows.

When the user takes the display out of the PC it morphs into a tablet that can be used in two different ways.

Firstly as a wireless Remote Desktop mode for Windows 8. But also as a standalone tablet with Android 4.1.

The tablet has a batter life of five hours and comes with a stand and carrying handle.

It goes on sale soon though there is no news on price yet.