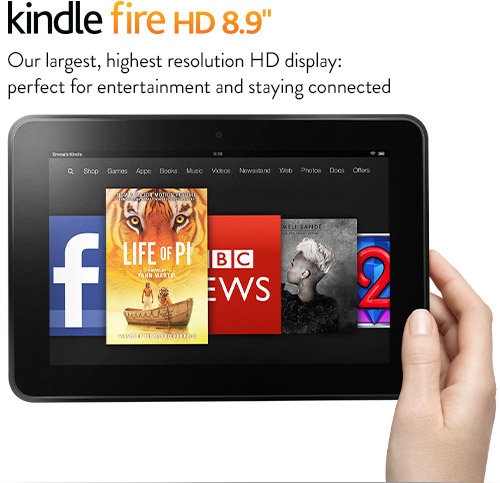 Quick update from Amazon. The company has just announced the long promised launch of the Kindle Fire HD 8.9 in the UK (as well as a price drop in the US).

The tablet is similar to the seven inch version, the key difference being the screen is a tad larger at 8.9inches. It also has a higher pixel count at 1,920×1,200 which means it will playback video in 1080p high definition.

There are few under the hood tweaks too namely a speedier processor than the 7inch model and also longer battery life at ten hours between charges.