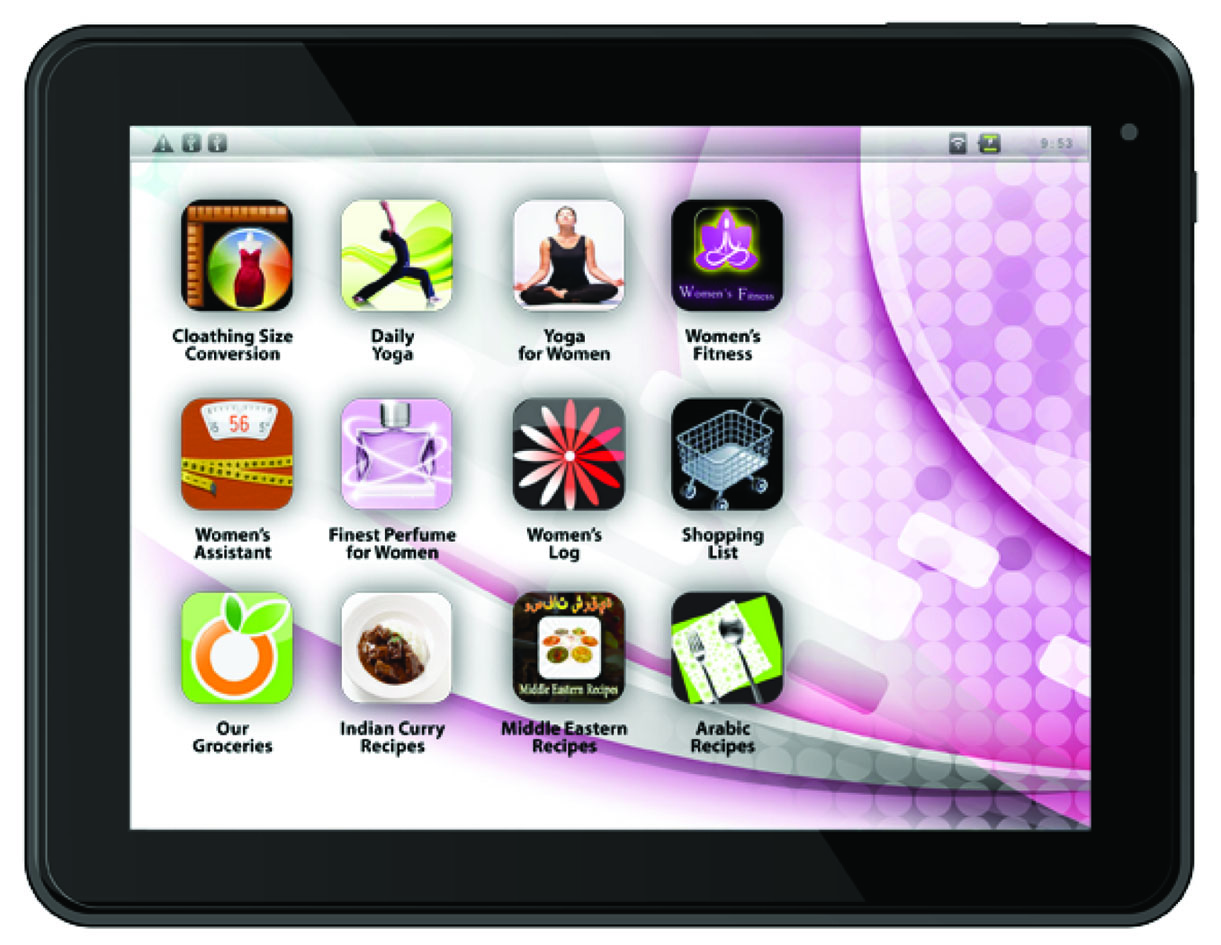 Shiny Shiny has a bit of a history as being a gadget for girls site. It was originally conceived that way, and from the off the editorial line was always that ‘women can be as passionate about gadgets as blokes.’

Ok, soon after we entered a period where phones had to be designer and pink, but mercifully those days are over and today gadgets are on the whole pretty gender neutral. Or so I thought.

Then I saw that Mashable had run a story about a new tablet aimed at women called ePad Femme. Apparently the company that has developed the device bills it it as the “world’s first tablet made exclusively for women.”

Ok, so that feminisation of the device includes a pink background and a load of free apps that revolve around yoga, grocery shopping, weight loss, and cooking.

Apart from that it sounds like a bog-standard mid-range tablet in that it has an eight inch screen, runs Android 4.0, and has 16GB of internal storage.

Well, it isn’t hugely surprising that the ePad Femme has only sold around 7000 units so far. Ok, but not exactly the iPad mini is it?

Personally I think it hasn’t sold because, quite frankly, it sounds a little crap. If you want a pink tablet then get yourself a case. If you want apps, then download them! If you want a good tablet, there are many that are cheaper, and a whole lot better specified, than the ePad Femme.

I am not sure that the gadgets for girls era is completely over. However I do think that the days when both men and women bought devices purely because of their colour, probably is.

One thought on “ePad Femme – the first ever tablet for women. A good idea?”