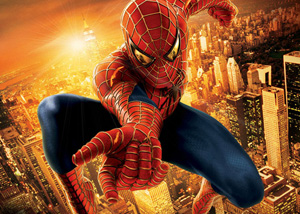 Anyone who says they wouldn’t rather be a superhero than a regular, boring human being is just really rubbish and/or lying. But fortunately researchers are currently developing a new suit that’ll mean you actually have some superhero powers when you try to dress up as your favourite character, rather than just being a Kick Ass-style loser in a brightly coloured costume.

According to New Scientist, researchers at the University of Illinois in Chicago are working on the SpiderSense (we wonder where they got the inspiration for THAT name from?), a suit fitted with sensors and microphones, that send out and pick up ultrasonic reflections from objects. There are so many fitted into the suit, that essentially the wearer has 360 ultrasound coverage, meaning they’re prepared for incoming attackers and evil villains.

Of course it’s not just about turning us all into superheroes, the suit could also have a big impact on those living with disabilities and limited eyesight.

SpiderSense will be presented at the Augmented Human conference in Stuttgart, Germany, in March.