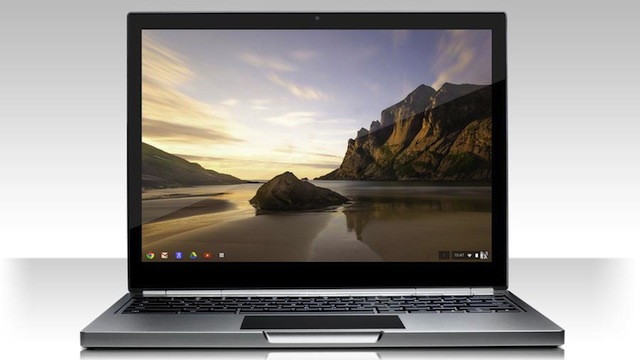 After weeks of speculation and rumoured leaks, Google has revealed its next shiny, new Chromebook, the Chromebook Pixel, a high resolution notebook device running on the Chrome operating system.

Tech Digest reports, that with a 12.85″ touchscreen, the Pixel is much bigger than Chromebook’s from other Google partners and its 2560×1700, 239ppi display and anodized aluminium body makes it a great option who those who would otherwise look to purchase one of Apple’s MacBooks. But in actual fact it’s got 19 more pixels per inch than Apple’s MacBook Pro with Retina display.

The Pixel has a 3:2 ratio display and Google says this is due to its web-centric nature, which will accommodate vertical designs more than standard applications, meaning you won’t have to scroll around and mess about to view everything.

As you’d expect, the new device isn’t cheap, expect to pay $1,299/£1,049 for the Wi-Fi only version, while the LTE build will cost $1,449 in the States. So far, no 4G version is slated for release in the UK. Cost taks into account onboard storage capacities; 32GB for Wi-Fi only, while there’s 64GB in the LTE model.