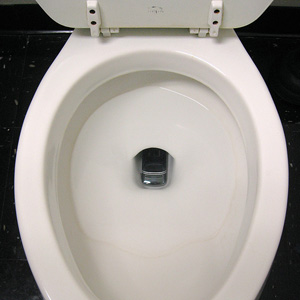 We have tech with us wherever we go and probably spend 80% of the day checking emails, texting, stalking, reading and generally just procrastinating, so it’s no surprise that we’re a nation of gadget destroyers. However, according to a recent study, it’s not just that we’re clumsy or careless, but messy (and most likely alcohol-fuelled) nights out are to blame for our shattered phones and crumpled Kindles.

The insightful (yet hardly that surprising) survey, commisisoned by www.VoucherCodesPro.co.uk, polled 1,865 men and women from around the UK and found that 32% of those who admitted to breaking gadgets over the past year did so during a night out.

Those polled were then asked how they managed to kill their overpriced tech products, with 48% admitting they’d simply dropped (read:thrown) their phones on a hard surface and 33% revealing their mobiles drowned in water-related incidents, including spilling drinks all over them, dropping them in a toilet…. and…. wait for it…. throwing up on them. STAY CLASSY UK.

The study was commisisoned by www.VoucherCodesPro.co.uk and polled 1,865 men and women from around the UK.