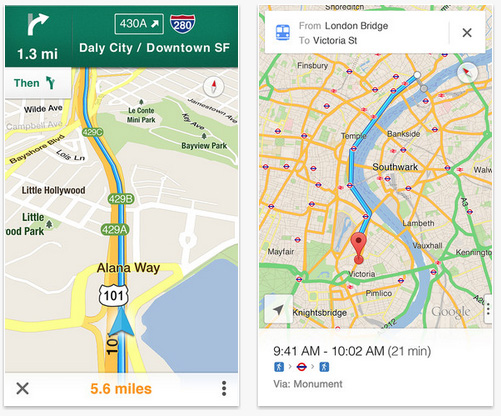 Over the past few months, since we all excitedly updated our iPhones to iOS 6, we’ve been collectively moaning about how rubbish Apple Maps is, blaming the tech giant for thinking it was smug enough to take on Google.

We know lots of you have found yourselves lost and late because Apple’s offering just isn’t up to scratch and some people in Australia nearly even died when they were sent into the depths of a big, scary national park with no food and water, but lots of creatures.

Well we can all stop moaning and wandering around bewildered today, because you can now get Google Maps back as a dedicated app. That’s right, Google Maps for iOS has finally made an appearance on the app store today after lots of speculation and it’s packed full of new features.

The app provides you with all of the usual stuff you’re used to from the original Maps, like detailed navigation, public transport information and Street View, but there’s also voice directions and more live traffic data than before.

Interestingly Google has also launched an SDK for Maps, allowing developers to take the data from the app and add it into their own.