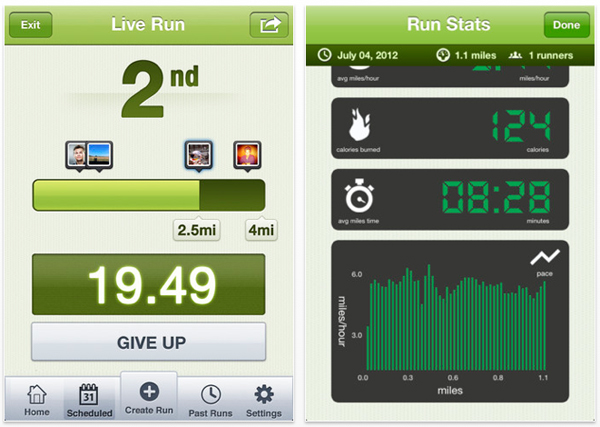 A new start-up is hoping to bring those who are concerned with tracking their blood pressure a new way of taking readings, which requires even less extra equipment or technical knowledge. Blip is the world’s first wi-fi blood pressure monitoring gadget, which means it can be used to keep track of someone’s blood pressure regardless of whether they’ve got a smart phone.

Yog connects you up with other runners to stay motivated

Although fancy gyms and over-priced personal trainers are a tempting option to get fit and lose weight, we really don’t think you can ever beat a good run outside to get your heart beating and body moving. However, one of the main problems when it comes to running solo is that it’s hard to stay motivated and keep going, especially when it’s really cold outside. Well a new app called Yog aims to make your workouts a lot more enjoyable by helping runners of all levels connect with each other and organise fun jogs together.

We first heard about Fitbug earlier in the year, when the tracking company started (fairly quietly compared to its competitors) introducing its tracking device, the Fitbug Air, into the health and fitness tech market. Well now Fitbug is taking steps to conquer an even bigger bit of the quantified self pie, as this week it was announced that it’ll be launching a Bluetooth Smart Ready Scale, called the Wow.

Microsoft Kinect could be used to heal wounded veterans

The Kinect is obviously a super popular gaming device, but over the past few years many researchers, hackers and even regular people have realised its huge potential for doing other things, but this week it seems the “Kinect Effect” could play a valuable role in helping out with physical therapy for those in the Armed Forces.

The company behind Lumoback, a clever gadget and app that ensures you’re not slouching and ruining your back, has received more than $5 million in its first round of funding.